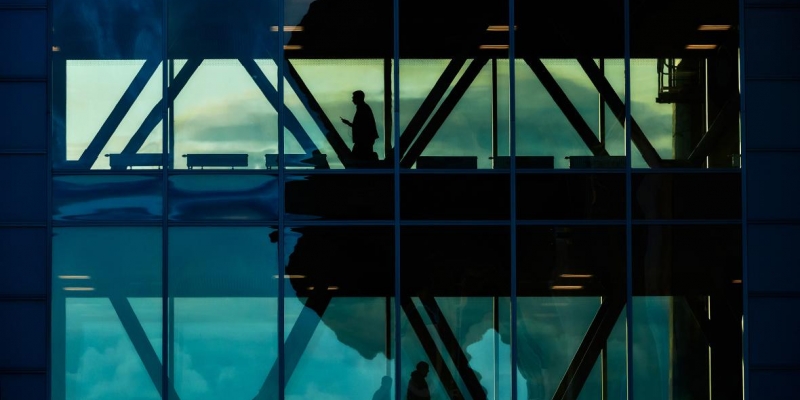 Inolodin proposed to oblige deputies to notify about going abroad not for work, deputies will be required to report on all trips abroad if they are not made in a working order. The commission on regulations claims that it is not about banning such trips, but about improving control

The speaker of the State Duma Vyacheslav Volodin at the plenary session proposed to oblige deputies to notify about going abroad if it is not a working trip.

“Such a proposal has been made, we are waiting for the relevant amendment to the regulations of the State Duma to be formulated and submitted to the chamber for consideration,” Deputy Denis Parfenov told RBC. The deadline from which deputies will need to be notified about trips has not yet been specified, he added.

All factions supported the idea of Vyacheslav Volodin, a source in the State Duma told RBC. According to him, nothing was said about the details, the issue was sent for elaboration.

The head of the commission on regulations, Viktor Pinsky, told RIA Novosti that the draft resolution on mandatory notification of deputies’ departure abroad has already been approved. Ordinary deputies will have to notify the revenue control commission about their departure, and members of the State Duma Council, chairmen of committees and commissions will have to notify the speaker of the lower house of parliament.

“We are not talking about a ban on leaving the country for State Duma deputies, but about the possibility of prompt decision-making, which is especially important in the current situation… Members of the United Russia faction have been notifying the faction about their departures for a long time. The head should understand in advance whether the deputies will be available, in touch, at events, if necessary, urgently resolve this or that issue. Not all factions have such an order, although the practice is useful, so it was decided to fix it in the regulations, he explained.

Several scandals have been connected with non-working trips of deputies of different levels abroad in recent months. So, on January 6, Deputy of the Legislative Assembly of the Vologda Region Denis Dolzhenko posted a selfie in a sports T-shirt against the backdrop of high-rise buildings in Dubai. According to Dolzhenko, he went on vacation to take the child to the sea. Secretary of the General Council of “United Russia” Andrey Turchak considered the photo inappropriate and promised to deprive Dolzhenko of his party card. Although Dolzhenko was not a member of the party, in the end he was excluded from the number of “supporters” of “United Russia”.

Read on RBC Pro The main secret of negotiations that no one will reveal to you A sip of youth: why plain water is the best way to slow down aging What the reports of the largest US banks say about their problems Findir’s salary according to the formula: check if you are overpaying

A similar situation occurred at the beginning of the year with the Kursk deputy Maxim Vasiliev, a video he shot from a vacation in Mexico appeared on the Network. On it, he pours beer into a glass, congratulates everyone on the New Year, wishes “a lot of money and a good mood”. The deputy himself said that the video was shot for loved ones without plans for wide publication, he sent it to friends in Kursk, but the recording got to a representative of the WesternUkraine», which published the video on the Internet. The governor of the Kursk region, Roman Starovoit, criticized the deputy and called on “United Russia” to apply disciplinary measures to him. Secretary of the General Council of the EP Andrei Turchak said that Vasiliev should resign his parliamentary powers. On January 24, the Kursk deputy lost his position as deputy chairman of the Regional Duma committee on budget, taxes and economic development.

In December, RBC found out that before the New Year, “United Russia” sent out to the deputies of the State Duma a public positioning code of 11 points. One of the recommendations read: “Do not post luxury goods, exotic travel and restaurants on your social networks” – everything that can form an idea of you as a«privileged class» in the eyes of the public». In addition, the deputies were advised “not to write on social networks in an inadequate physical and mental state” and to control their emotions in social networks.