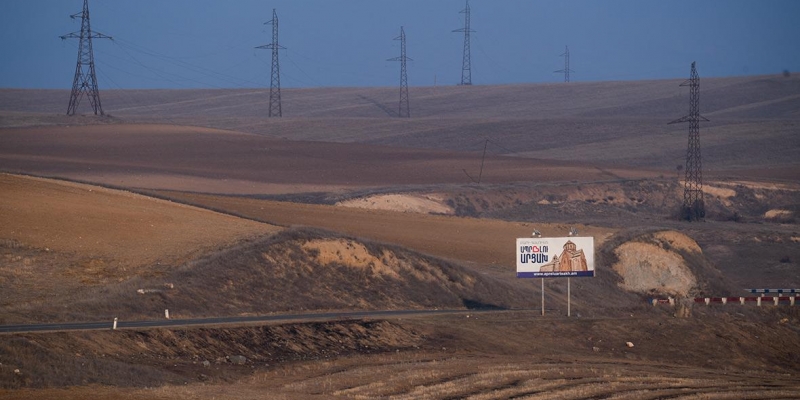 The Collective Security Treaty Organization (CSTO) continues to work on a monitoring mission to be sent to Armenia on the border with Azerbaijan. This was announced to RBC on January 24 by CSTO press Secretary Vladimir Zainetdinov.

According to him, after Armenian Prime Minister Nikol Pashinyan made such a request to the CSTO, the Collective Security Council (CSC, the highest body of the organization) developed a draft decision on joint measures to assist the Republic of Armenia.

“In addition to providing other support to Yerevan,” this involves sending a temporary CSTO monitoring mission to the Armenian-Azerbaijani border and determines the size, mandate and duration of such a mission. The project is in a high degree of readiness, however, it was not possible to adopt this document at the last session of the CSTO Security Council.”Work on it continues. Upon completion of the approval procedure, the draft will be submitted for consideration by the statutory bodies of the organization,” Zainetdinov noted, stating that it is premature to call specific numbers on the number and timing now. The CSTO includes Armenia, Belarus, Russia, Kazakhstan, Kyrgyzstan and Tajikistan.

The decision referred to by the CSTO representative was agreed upon at the summit of the organization with the participation of the heads of state in Yerevan in November. Then Pashinyan refused to approve the declaration of the Collective Security Council. The reason is that the allies refused to give a political assessment of Azerbaijan’s actions against Armenia. Russian Foreign MinisterSergey Lavrov said at a press conference on January 18 that the sending of the mission should not be linked to the condemnation of Baku. “If we are talking about condemnation, rhetoric, presentation of positions, then everyone is free to do anything. But if we want to send a CSTO mission, then this is not due to external signs and harsh statements,” the minister said.

At the same time, on January 23, the EU Foreign Ministers agreed to send a long-term monitoring mission to Armenia on the border with Azerbaijan. This is the second such decision. Before that, after the meeting of the Presidents of Azerbaijan and France, Ilham Aliyev and Emmanuel Macron, the head of the European Council, Charles Michel and Pashinyan, which took place in Prague in early October, 40 civilian experts were sent to the border from the Armenian side. They worked on the spot for two months, until December 19. The current mission will begin approximately in February and will last two years.

Moscow is not happy with this development of events. Thus, Lavrov commented on Yerevan’s agreements with Brussels on January 18, saying that the CSTO could send its mission to the border. “Nevertheless, despite the fact that we are allies and that this mission is fully ready, the Armenian side prefers to negotiate with the European Union that therea mission of civilian observers has been stationed on a long-term basis,” he said. This is Armenia’s right, the minister concluded, but Azerbaijan’s consent is needed for the activities of experts, otherwise it will be “counterproductive” and “instead of building trust on the border”…>can create additional stimuli.

Read on RBC Pro Bring a friend: why in Russia they began to hire more often by acquaintance How not to become a victim of fraudsters when delivering a bank card Career rules: check whether you are doing “Broken” genes in your life: how to know for sure your predisposition to cancer

The CSTO also recognizes Armenia’s right to appeal to organizations that, in its opinion, can help strengthen national security. “At the same time, I would like to remind you that a Russian peacekeeping mission is operating in the region,” Zainetdinov said.— It effectively executesThe tasks assigned to her demonstrates how important it is to fully take into account in her work the history, the peculiarities of the current situation in the South Caucasus, the mentality of the local population.