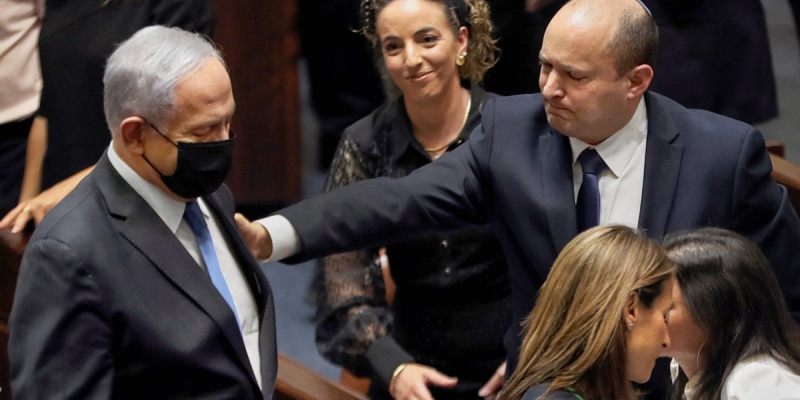 The Israeli parliament approved a new government without Netanyahu’s Likud party, and Naftali Bennett became the new prime minister. In two years, according to the rules of rotation, Yair Lapid, the leader of the Yesh Atid party, will take this post

Members of the Knesset (Parliament) Israel has approved a new government, which was formed following elections in March by the leaders of the Yesh Atid parties, Yair Lapid and Yamina Naftali Bennett. This is reported by the Times of Israel.

For the new government, which was headed by Bennett, 60 deputies voted out of 120, 59 were against, one abstained. Binyamin Netanyahu, who served as prime minister for 12 years (since 2009), has ceased to be in power.

Taking the oath of office as the country’s 13th prime minister, Bennett promised to remain loyal to Israel and its laws, faithfully fulfill the duties of the prime Minister and the decisions of the Knesset.

Lapid became the “alternative head of the cabinet” in two years there will be a rotation and he and Bennett will switch places. Yesh Atid MP Miki Levi has been elected Speaker of the Knesset.

The coalition was called the “Block of Change”, and it consisted of eight parties: “Yesh Atid”, “Yamina”, “Tikva Hadasha” (“New Hope”), “Our Home “Israel”, the centrist alliance “Kahol-Laban”, the center-left social Democratic “Avoda”, left Social Democratic “Meretz” and “Raam” (“United Arab List”). There will be no representatives of Netanyahu’s Likud party in the government.

Early parliamentary elections in Israel were held on March 23. After that, Netanyahu set about forming a government. On May 5, the deadline set for him to do this expired. Shortly before it ended, Netanyahu told the president that he could not form a government, and returned the mandate to him. After that, the mandate passed to Lapid.

Netanyahu in early June called the newly formed government coalition the result of “the greatest election fraud” in the history of democracy.