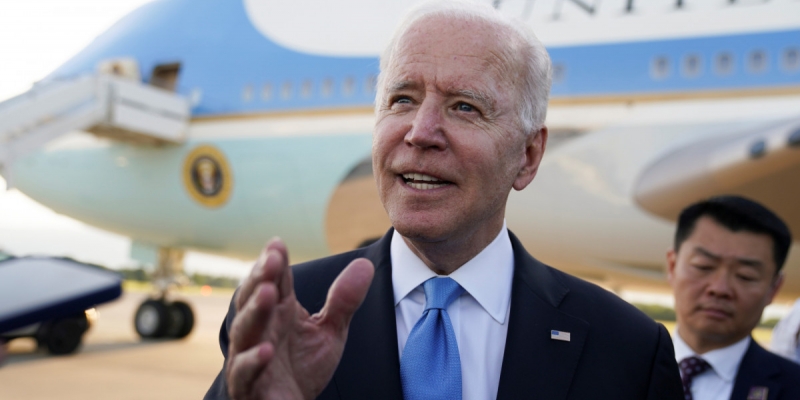 Russia desperately wants to remain a world power, the American president believes. At the same time, the country is “in a very, very difficult situation,” Biden said

Russia is in a difficult position, but it does not want to look like an “Upper Volta” with nuclear weapons, US President Joe Biden told reporters at the plane ramp before flying from Geneva to Washington after bilateral talks with Russian President Vladimir Putin.

“Russia is in a very, very difficult situation. They are under pressure from China. They desperately want to remain a world power, ” Biden said when asked how he could be sure that Moscow would keep its promises (quoted by TASS).

“And they desperately don’t want to be known, as one critic put it, as the Top Volta with nuclear missiles,” Biden continued, noting that, ” as he has learned, it is important for every world leader how he looks on the international stage.”

Upper Volta, until August 1984, was the name of a state in West Africa, Burkina Faso. The exact origin of the phrase “Upper Volta with missiles” is unknown, but since the 1980s, this definition has often been applied to the USSR. The invention of the phrase was attributed to German Chancellor Helmut Schmidt in 1974 and 1982, as well as to British Prime Minister Margaret Thatcher in 1979 and 1990.

The meeting between Putin and Biden took place on June 16 in Geneva. It started at about 14: 30 Moscow time and lasted about four hours. Following the summit, the parties agreed to return the ambassadors to Moscow and Washington. Putin said after the meeting that relations between the two countries had accumulated “a lot of blockages”, but there was no hostility at the talks.

Biden called the atmosphere of the summit “good and positive”, noting that there are genuine prospects for improving relations between Russia and the United States. If the presidents agree on anything, it will be possible to judge in six months, when it becomes clear whether the parties have made decisions or not, Biden said.