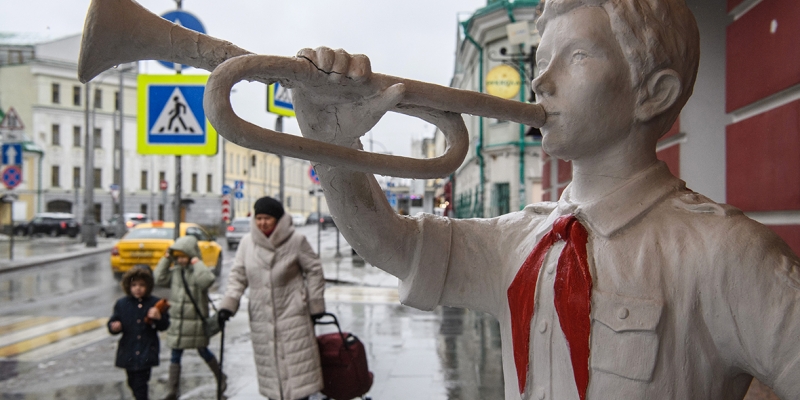 The Kremlin, Rosmolodezh and the Ministry of Education plan to create a new all-Russian movement of children and youth, two sources familiar with the discussion of the issue told RBC. Officially, the possibility of a new structure may become known on May 19. On this day, as expected, a corresponding bill will be submitted to the State Duma, one of the interlocutors of RBC said. Another source clarified that the bill may be introduced later, but the date of May 19 is also being discussed.

On May 13, the Moscow Komsomolets reported that the Kremlin decided to create an analogue of the Soviet pioneer, which will be announced on May 19. On this date, the Day of the Pioneer organization was celebrated in the USSR, which this year will be 100 years old.

The experience of the pioneer organization has indeed been studied, but it would be wrong to call the new organization an “analogue”, at least because, unlike the pioneer, membership in the new structure will not be mandatory, and the times are different now, emphasizes one of the sources familiar with the discussion of the issue of RBC.

The idea of creating a movement that unites all children was supported by Vladimir Putin at an April 20 meeting of the Supervisory Board of the ANO “Russia” country of opportunities. A schoolgirl from Sevastopol, Diana Krasovskaya, turned to him with an appropriate initiative. “As for the organization of the children’s movement, we have various directions, “Unarmia” is and so on, but as for the all-Russian movement, we need to think about it,” the president said.

A congress of children’s movements of Russia is scheduled for Children’s Day on June 1. It is expected to take place on the sidelines of the Festival of Childhood and Youth in Moscow, at VDNH. The participants of the congress can discuss the future movement and its name, which is not yet available, explains one of the interlocutors of RBC.

It is discussed that the new structure will be created on the basis of existing ones working in the children’s and youth direction: the Russian Movement of Schoolchildren, the Big Change project and a number of regional organizations. They can become co-founders of a new movement. Perhaps among the founders will be the movement “Unarmia”, created on the initiative of Defense Minister Sergei Shoigu in 2016.

Vladimir Putin signed a decree on the creation of a children’s and youth organization “Russian Movement of Schoolchildren” in 2015. The task was defined as “improving the state policy in the field of education of the younger generation, promoting the formation of personality on the basis of the system of values inherent in Russian society”.

The project for schoolchildren «Big Change» was launched in 2020 on the platform «Russia— country of opportunities». The first deputy head of the presidential administration, Sergey Kiriyenko, became the head of the Executive Council of the ANO “Big Change”. The project, Kiriyenko explained at the launch, consists of two contests for tenth graders and studentseighth—ninth grades. “Three hundred winners [tenth graders] receive 1 million rubles. on his education,” a Kremlin official said at the time. So many more winners from the eighth — ninth grades were entitled to 200 thousand rubles, which, according to Kiriyenko, was enough to pay for tuition at the commercial department in a secondary special educational institution.

Read on RBC Pro Pro Lockdowns in China threaten a new logistical crisis. What to expect Articles Pro Two cases, how to keep employees using stay-interviews Cases Pro Friend —foe: which of the candidates and when to hire Articles Pro How the decision—making system works based on the emotions of market participants Articles Pro Caste, startups, caution – what you need to know about business in India Articles Pro Nothing special: how new technologies “stole” the charisma of Starbucks Articles Pro The risk of an eternal “bear” market is real. In which stocks to sit out the fall of Forecasts Pro How the conditions for buying a residence permit abroad have changed due to sanctions: review of the Article

According to the interlocutor of RBC, Deputy head of Rosmolodezh Damir Fattakhov is considered as one of the main candidates for the post of leader of the movement. Before joining the department, he headed the Ministry of Youth Affairs of Tatarstan, was the head of the KVN team “Four Tatars”.

It is assumed that the new children and youth structure will cover both schoolchildren and students of secondary specialized educational institutions. Access to students of secondary specialized educational institutions is important, because children who leave school after the ninth grade study there, explains the interlocutor of RBC familiar with the discussion of the issue.

The Ministry of Education will be responsible for building the work of the new organization in schools, for work in secondary specialized educational institutions — Rosmolodezh. It is planned that the cells of the movement will appear both in schools and in secondary specialized educational institutions, the interlocutors of RBC say.

RBC sent requests to the Ministry of Education and Rosmolodezh.

One of the interlocutors of RBC explains the need to create a new movement with the task of educating patriotism, love for the Motherland and citizenship among children and adolescents. According to another source, the key reason is that now the state does not reach all children in its work with schoolchildren: [Therefore, we need to create an infrastructure for each child, a kind of navigator for childrenand parents from the point of view of the child’s realization, development, choice of profession in the future. This is an attempt by the state to systematize what has been done [in working with children] and create new opportunities.” We are talking, for example, about the participation of children and adolescents in various competitions, thematic shifts, sports competitions, etc., that is, about the possibility of implementation in various formats, says the interlocutor of RBC.

Recently, VTsIOM conducted a survey on the attitude of Russians to possible patriotic innovations in Russian schools – the introduction of a history lesson from the first grade, raising the flag and singing the anthem before the working week, etc. – and this survey revealed interesting trends, says political scientist Alexey Makarkin. «The youngerthe respondent, the more skeptical he is about patriotic education in schools. At the same time, there is a consensus in different age groups about whether the school should educate moral qualities,” the expert says. Among the youngest, 69% answered the corresponding question positively, among the elderly – 68%.

The survey shows that the topic of patriotic education causes more skepticism among young people, and, apparently, there is a desire to fix it, Makarkin believes. “It is impractical to do this through just one game of Lightning, but you can try through something else: the possibility of self-realization. Probably, patriotic education will trycombine it with the values of self-expression, the opportunity to gain additional knowledge, competencies,” the expert argues. Something similar existed in Soviet times, Makarkin recalls, although in a much more comprehensive format.