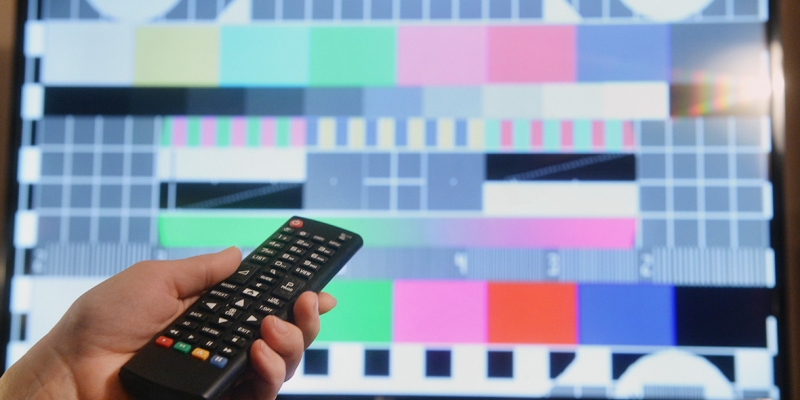 Broadcasting from the television center in the Petrovsky district of Donetsk has been suspended due to its damage as a result of the shelling that has been going on since the beginning of June, Deputy director of the Radiotelevision Transmitting Center Alexander Chebotarev told the Donetsk News Agency (DAN).

“As a result of the shelling, the television center on Petrovka received severe damage, so the broadcasting schemes have been changed. Broadcasting from this television center has been suspended. Digital channels are on the air now, there are no analog channels. The tower itself is standing, but the hardware is quite badly damaged, we managed to evacuate some of the equipment,” Chebotarev said.

According to the deputy director, 38 channels are currently being received in Donetsk, and in the remaining districts of the republic – 10 -20. The TV center will be restored only after the situation in the Petrovsky district becomes calm.

“There are still arrivals on the territory there, there have been about 50 arrivals in total since the beginning of the month. In this case, I think they were beaten purposefully: the fire was conducted from two directions and a large number of ammunition. Before that, it flew there sporadically,” Chebotarev explained.

On June 5, as a result of the shelling of the Petrovsky district and a TV tower in Donetsk, broadcasting was lost. As DAN points out, broadcasting resumed about a week later, but the number of channels decreased.

Tags Subscribe to VK RBC Get news faster than anyone