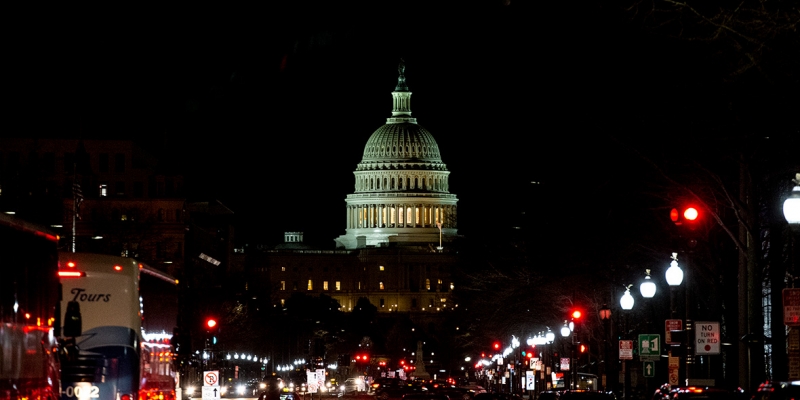 The second bill on sanctions against top Russian leaders, including President Vladimir Putin, has already been submitted to the US Senate. Unlike the first one, this one provides for the exclusion of Joe Biden from the decision-making process

US Senator Marco Rubio has introduced a bill on the introduction of personal sanctions against Russian President Vladimir Putin and other leaders of the country in the event of a further invasion of Russian troops in Ukraine. A message about this was published on the senator’s website.

The project involves the introduction of sanctions not only against individuals, but also against entire sectors of the Russian economy.

The message emphasizes that it is “critically important” that the decision on sanctions does not depend on US President Joe Biden, since he will not decide what is “Russia’s invasion” of Ukraine.

“The basis of any strategy aimed at forcing Vladimir Putin to retreat is to make the consequences of the invasion extremely painful for the oligarchs who support his control over Russia,” Rubio believes. “President Biden doesn’t seem to understand that America needs to show strength and determination, not weakness. I urge my Senate colleagues to work with me to pass this bill before it’s too late,” the senator urged.

The document provides for sanctions against Russian companies operating in the energy, financial, mining and aerospace sectors, as well as disconnecting Russian banks from the SWIFT system.

In 2019, Rubio already introduced a bipartisan law “On protecting elections from threats by imposing restrictions”, which imposed sanctions against high-ranking Russian officials and large sectors of the Russian economy in the event of Russian interference in the American elections.

Rubio is a Republican, he is the vice chairman of the Senate Select Committee on Intelligence and a senior member of the Senate Foreign Relations Committee.

Earlier, the Senate published a bill prepared by Democrats, also related to the situation around Ukraine. Among high-ranking officials, President Vladimir Putin, Prime Minister Mikhail Mishustin, Foreign Minister Sergei Lavrov, and Defense Minister Sergei Shoigu may be subject to restrictions. In total, there are 12 positions on the list.

Also, the US President is invited to impose sanctions against at least three organizations from the following list in the event of Russia’s invasion of Ukraine: Sberbank, VTB, Gazprombank, VEB, RDIF, MKB, Alfa-Bank, Rosselkhoznadzor, Otkritie, Promsvyazbank, Sovcombank, Transcapitalbank.

The topic of a possible “invasion” of Russia into Ukraine has been actively raised from the American side since October 2021, even the alleged dates of the “invasion” were mentioned several times. The Ukrainian side has made contradictory statements in this regard, high-ranking Ukrainian officials have repeatedly stated that they do not see a threat.

On December 15, 2021, Secretary of the Security and Defense Council of Ukraine (NSDC) Oleksiy Danilov stated that so far there are no signs that an invasion is imminent. On December 30, he again stated that there was no threat. “If we talk about a significant build-up of [Russian troops], which some foreign media insist on, then I will say once again that wewe don’t see it. To date, we do not see any threats to open aggression from Russia,” the NSDC secretary stressed.

The Kremlin has repeatedly stated that it is not going to undertake any invasion of Ukraine and called the information about this an element of information warfare.