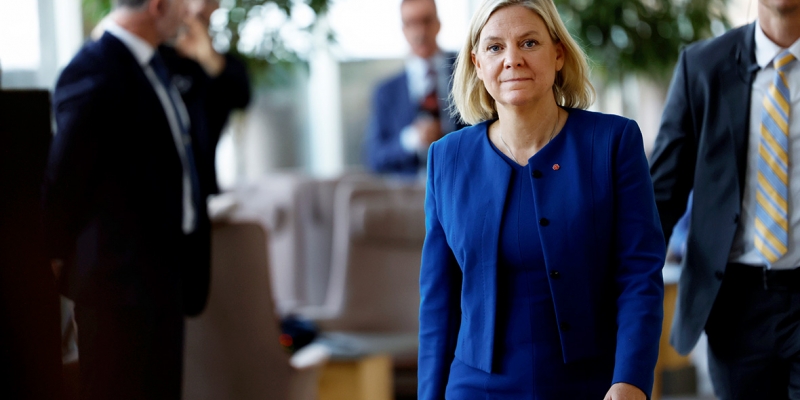 Of the eight parties in the Swedish Parliament, only two have joined its coalition. But this coalition also collapsed a few hours later

Today, for the first time, a woman was elected to the post of head of the Swedish government – the leader of the Swedish Social Democratic Workers’ Party and Finance Minister Magdalena Andersson. She left the post after seven hours due to the collapse of the Cabinet of Ministers associated with the decision of the Green Party to withdraw from the government coalition, Aftonbladet reports.

The resignation has already been approved by the Speaker of the Parliament. “Speaker Andreas Norlen received a request for dismissal from the post of Prime Minister Magdalena Andersson and approved it. The speaker will contact the party leaders to discuss the situation and will give information about the ongoing process of [forming a government] on Thursday afternoon,” the parliament said in a statement.

This situation has become a continuation of the government crisis that has persisted in Sweden for about six months. It is connected with the balance of power in the country’s parliament (Riksdag), which approves the prime minister. The Social Democrat Party, led by Andersson, now holds less than a third of the seats (100) in the Riksdag, and the Green Party has only 16 votes out of 349. Nevertheless, the Swedish government was formed on the basis of a coalition of these two parties.

In accordance with the principles of government formation in Sweden, it is not necessary for the Prime Minister to receive a majority of votes in support for election:it is enough if the majority of members of parliament does not vote against it. At the vote held today, Andersson managed to achieve this result— members of her party and the Green Party voted for her in full. Two more factions of the Left Party and the Center Party abstained during the voting. This provided her with a ratio of votes, with 117 for, 57 abstained and 174 against, and, accordingly, the election of the head of government.

The split in the coalition government of the Greens and Social Democrats, led by Andersson, occurred due to the vote on the budget in parliament. The Greens did not support the proposed project and announced their withdrawal from the coalition, which, as noted by Aftonbladet, automatically means the resignation of the government. At the same time, the Greens have already stated that they will not object to the formation of a one-party government of the Social Democratsled by Andersson. If the balance of votes of other parties does not change, then even the votes of the Social Democrats, who occupy 100 out of 349 seats in the Riksdag, will be enough to re-approve Andersson as prime minister. “I told the speaker that I was still ready to become prime minister, but in a social democratic one-party government, she confirmed her intentions.