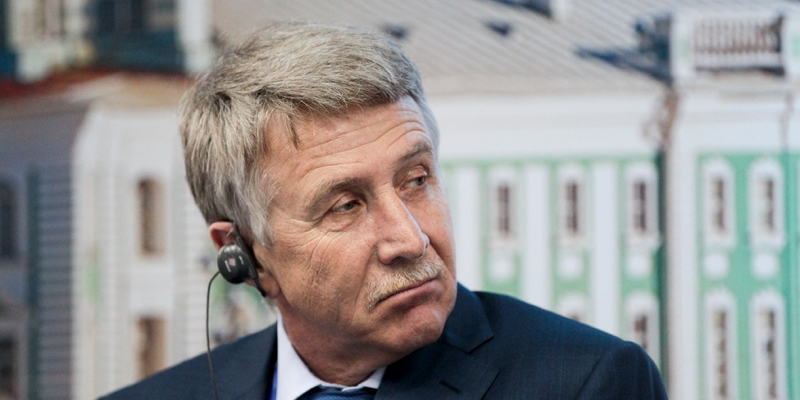 Pacific last transmitted its coordinates on May 8. According to Bloomberg, the yacht was moving towards the Bahamas

The yacht Pacific, owned by the chairman of the board of NOVATEK Leonid Mikhelson, has stopped transmitting its coordinates, writes Bloomberg with reference to the data of the service, which provides information about the movements of ships. The cost of the superyacht is $150 million, its length is 85m.

According to the agency, Pacific left one of the ports of Costa Rica on May 5. The last time the geolocation of the yacht was recorded on the evening of May 8. Then the ship was in the Caribbean Sea and was going almost at full speed towards the Bahamas.

According to Ian Ralby, head of the I.R. Consilium law firm, “it is unlikely that a vessel that may face enforcement of sanctions will risk appearing in the Bahamas,” whose authorities closely cooperate with US law enforcement agencies. “It is more likely that it will be in another place nearby, more favorable to Russia,” in Cuba or Venezuela,” the expert believes.

NOVATEK is under US sectoral sanctions. Mikhelson is not on the American sanctions list, restrictions against him were imposed by the United Kingdom and Canada.

After Western countries imposed sanctions against Russia because of the military operation in Ukraine, yachts and real estate of Russian billionaires began to be arrested in different countries of the world.

Mikhelson ranks fourth in the Forbes ranking of the richest Russians. In addition to the Board of NOVATEK, he also heads the Board of Directors of Sibur Holding.

Read on RBC Pro Pro Chinese Stock Market: what are the prospects for a private investor The Club of investors Pro Flawed — out: which managers will survive in the next two years Articles Pro Business got in line for cloud services. What services are in demand Articles Pro I listen to, but I don’t hear: why it’s difficult for managers to give feedback Instructions Pro Russian foreigners: whowill replace the gone fashion brands for Russians Pro Articles Four examples of reverse logistics and what advantages can be missed Pro Articles How the conditions for buying a residence permit abroad have changed due to sanctions: review of the Pro Article Why and how to give up overtime Articles Materials for the article Authors Tags Subscribe to Telegram RBC Be aware of the latest news even under lockdown