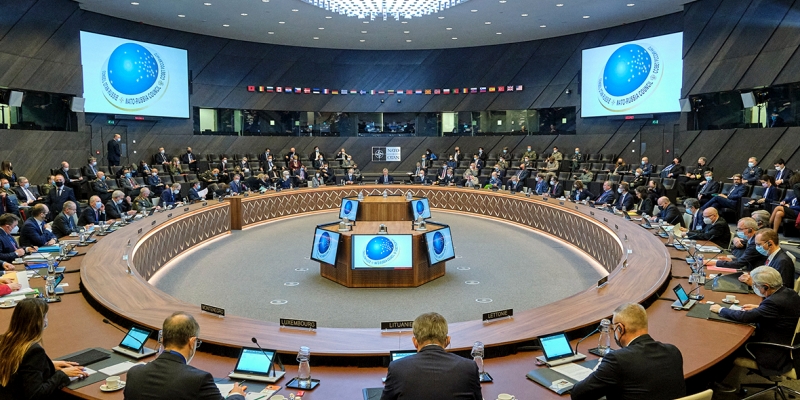 PThe talks about security in Europe are likely to continue. Most experts were sure in advance that the United States and NATO would not immediately accept the radical conditions put forward by Moscow. But both sides have a bargaining field

It was hardly worth hoping that the Russian security proposals would be fully accepted by the West, but Moscow is interested in continuing negotiations, experts interviewed by RBC assessed the situation.

“If someone could seriously hope that the Russian proposals would be accepted. It’s like suggesting that NATO disband itself. You can, of course, raise the question this way, but there are not very many reasons to believe that this requirement will be accepted [on the non-expansion of NATO to the east],” Director General of the Russian International Affairs Council Andrey Kortunov told RBC.

According to the expert, the question now is whether the Russian side will be ready to push off from those issues on which it was possible to achieve some kind of convergence of positions. “These are, of course, issues not as big as the refusal to move NATO to the east and return to the situation of 1997, but nevertheless these issues are significant for both sides,” he points out.

According to Kortunov, negotiations can be conducted on a moratorium on the deployment of a new generation of medium-range and shorter-range missiles in Europe by Russia and the United States, on the restoration of the work of the Russia-NATO Council, including the military dimension of this council, the issue of creating a buffer zone, a corridor along the line of contact with NATO, on the beginning of new negotiations on arms control and armed forces in Europe on the type of the CFE treaty.

Kortunov admits that the Russian side is disappointed that the main proposals were not accepted, but, he recalls, most experts, including Russian ones, proceeded from the fact that these proposals cannot be fully accepted, at least for now.

“As far as can be judged from the totality of statements by Russian officials, Moscow is interested in continuing negotiations,” Andrei Baklitsky, senior researcher at the MGIMO Institute of International Studies of the Russian Foreign Ministry, told RBC.

After the European tour, the US delegation will return to Washington, and it is assumed that a document with American proposals will be sent to Moscow, and further work will be based on it, the expert explained.

Negotiations on Russia’s demands for security in Europe, the main of which was the rejection of further NATO expansion, took place in three stages: On January 10 with the US delegation in Geneva, on January 12 with the NATO delegation in Brussels and on January 13 there with the OSCE delegation.

All sides assessed the meetings as businesslike and useful, but each stated unacceptable demands of the opponents. Russian Foreign Minister Sergei Lavrov, following the talks, declared the complete non-negotiability of NATO. The Kremlin stressed that they will wait for written proposals from the United States following the negotiations.

NATO assured that it would not change its open-door policy, while emphasizing that the issue of Ukraine’s accession to the bloc in the near future is not on the agenda. At the same time, the bloc expressed readiness to discuss missile issues, as well as arms control and their deployment in Europe.