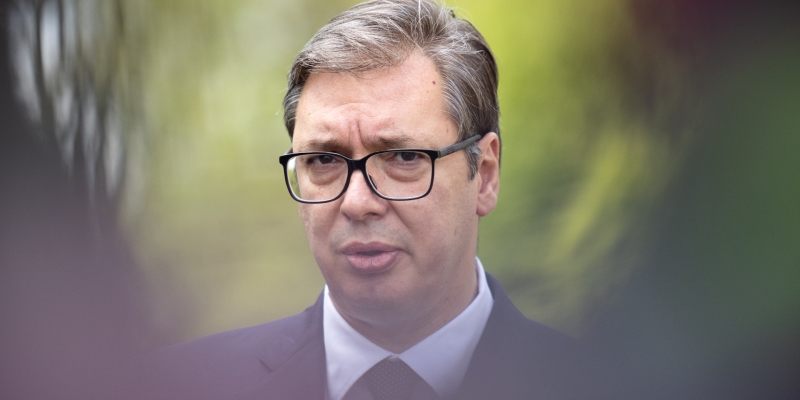 WithSerbia is aware that it will not join the European Union until it resolves the issue of relations with Kosovo. Merkel said that the accession of the Balkan countries to the EU meets the geostrategic interests of the community, but “there is a long way to go”

Serbia understands that it will not join the European Union until it resolves the issue with Kosovo. This was stated by Serbian President Aleksandar Vucic during the visit of German Chancellor Angela Merkel to Belgrade, n1info reports.

“We know very well what is the condition for Serbia’s accession to the EU: the solution of the Kosovo issue.”..”We are ready to discuss all possible compromise solutions,” he said. According to Vucic, a compromise will be achieved faster if “Belgrade and Pristina first regulate their relations,” ensure the flow of goods, services and capital and become closer.

The Serbian president said that Belgrade opposes the frozen conflict. “It should be a compromise, not a solution that will be humiliating and destructive for Serbia,” Vucic added (quoted by RTS).

After the meeting with Vucic, Merkel said that the accession of the Balkan countries to the European Union meets the geostrategic interests of the community. According to her, ” there is still a long way to go before Serbia and other countries in the region can finally become members of the European Union.” She called Serbia’s recognition of Kosovo’s independence one of the prerequisites for joining the EU.

The German Chancellor has previously expressed optimism about the accession of Albania, Serbia, Kosovo, Montenegro, Bosnia and Herzegovina and Northern Macedonia to the European Union, Deutsche Welle notes. To do this, according to her, countries will have to carry out large-scale reforms.

Serbia received the status of a candidate for EU membership in 2012. Last summer, Vucic said that the negotiations between Serbia and the European Union should end in 2024, and Serbia expects to join the EU in 2026. On September 2, Vucic noted that Belgrade does not see progress in this issue. « We were very enthusiastic about the process & mdash; today it is not so», & mdash; saidThe Serbian President once again noted that the country’s integration into the European Union directly depends on relations with Kosovo.