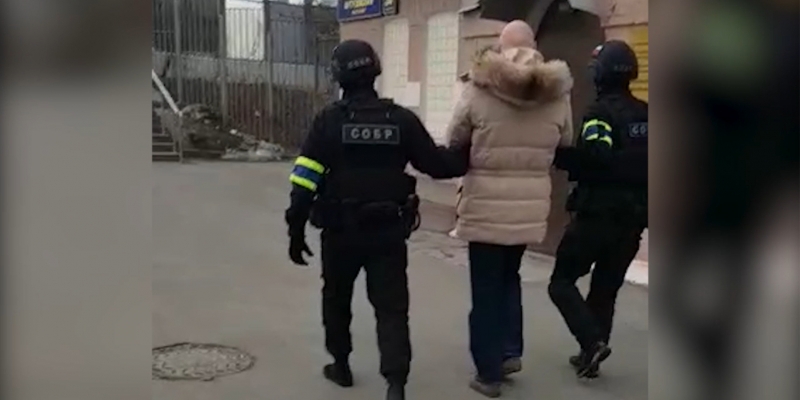 According to the IC, the detainees participated in an attack on the Botlikh district of Dagestan in August 1999. Then, as a result of the shelling, 33 people were killed, 34 more were injured

Employees of the Investigative Committee, the FSB and the Ministry of Internal Affairs, with the support of Rosgvardiya, detained two gang members Shamil Basayev and Emir Khattab, according to the IC website.

We are talking about the natives of the Stavropol Territory Albert Elakaev and Alimkhan Musaev. They are suspected of committing crimes under Part 2 of Article 209, Article 279, Article 317 of the Criminal Code (banditry, armed rebellion, encroachment on the life of military and law enforcement officers).

According to the IC, the detainees voluntarily joined the gang in mid-July 1999 and participated in an attack on the settlements of the Botlikh district of Dagestan.

From August 7 to August 24, 1999, at least a thousand militants attacked the military serving in this area of the republic. As a result of the shelling, 33 people were killed, 34 more were injured.

In March, the court sentenced another gang member Basayev and Khattab to 14 years in a high-security colony. According to the IC, Mavlimberdi Akbulatov also participated in the invasion of the Botlikh district of Dagestan. He was convicted of banditry, encroachment on the life of the military and armed rebellion.

Detachments of Chechen militants led by Basayev and Khattab entered Dagestan in August 1999. They occupied a number of villages, as a result of the fighting, the federal forces managed to dislodge the terrorists from the territory of the republic. In early September, the militants again invaded Dagestan, but were also defeated. About 300 Russian soldiers were killed, and another 800 were wounded.