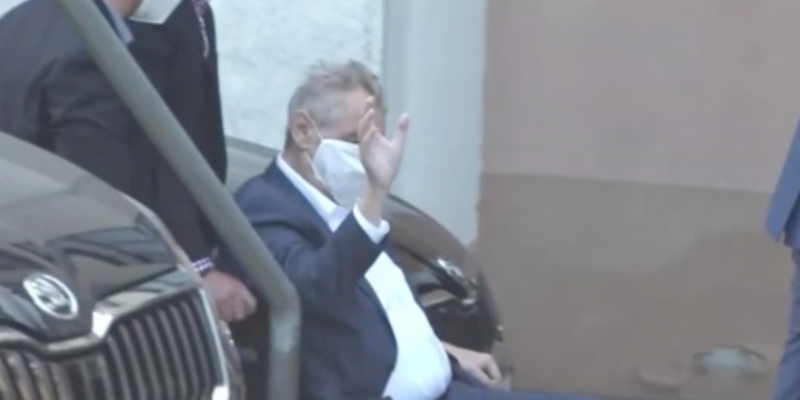 Czech President Milos Zeman was taken to the Central Military University Hospital in Prague, the iROZHLAS portal reports.cz with reference to the clinic’s press secretary.

“He should be hospitalized today,” the interlocutor of the portal said, noting that by law she has no right to disclose details.

Zeman’s adviser Martin Needly reported iROZHLAS.cz that, according to the information available to him, the president had to undergo a preventive examination.

Portal Novinky.cz It notes that Zeman’s press secretary Jiri Ovchachek did not respond to a request about the reasons for the president’s visit to the hospital, but quoted one of the psalms on his Twitter page.

iDNES.cz It reminds that in 2021, 76-year-old Zeman already underwent a comprehensive preventive medical examination after he was vaccinated against the COVID-19 coronavirus infection. Then the President of the Czech Republic remained in the hospital for two days. In previous years, he was admitted to the hospital several more times, including in connection with the operation after a broken arm.

In the spring of 2021, Zeman said that due to a leg illness, he began to move in a wheelchair.

The Czech media also note that on September 14, the former president of the country, Vaclav Klaus, also arrived at the Central Military Hospital (he held the post in 2003–2013). According to the iROZHLAS.cz Klaus spent the weekend in the clinic due to problems with high blood pressure, was discharged on Monday, and returned on Tuesday for a new examination.