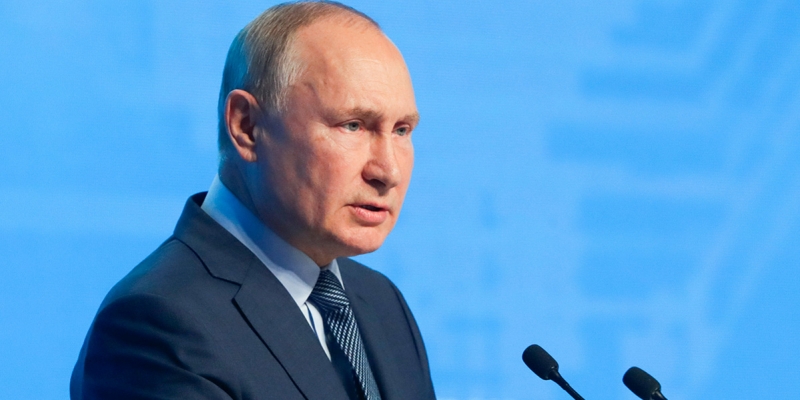 A shortage of electricity in the European market led to an increase in gas prices, which, in turn, arose due to a decrease in wind power generation, Putin said. The price jump is bad for both consumers and producers

Gas prices in Europe have increased due to a shortage of electricity, President Vladimir Putin said at the plenary session of the forum “Russian Energy Week”, RBC correspondent reports.

“The increase in gas prices in Europe was the result of a shortage of electricity, and not vice versa. And there is no need, as they say, to shift from a sick head to a healthy one, as we say and as some of our partners are trying to do,” he said.

According to Putin, the shortage of electricity arose due to a decrease in production at wind farms. After the winter, which devastated European gas storage facilities, many European players did not rush to pump, relying on the spot, “on the invisible hand of the market,” which gave prices an additional boost, he added.

Putin also said that the jump in energy prices is negative for both consumers and producers: “One often hears that high quotations play into the hands of producers of raw materials. <...However, those who advocate such a position do not understand what they are talking about. The President explained that due to the sharp rise in prices, enterprises, the economy, and the utility sector are forced to dramatically increase costs, reduce energy consumption and reduce production volumes.

The Russian president reiterated the danger of increasing gas transit through Ukraine. According to Putin, the depreciation of the country’s gas transportation system exceeds 80%, and if the pipe “bursts”, Europe will be left without this route.

According to Putin, Russia has increased gas supplies to Europe by 15% in the first nine months of this year.

Earlier on October 13, the European Commission said that the current increase in electricity prices is primarily due to global demand for gas, which is growing as the economic recovery accelerates. At the same time, the EC reported, there was no noticeably growing supply. They said that gas supplies from Russia to the EU were lower than expected, since Gazprom fulfilled long-term contracts, but practically did not offer additional supplies. “The delay in infrastructure maintenance during the pandemic also limited gas supplies from Russia and other suppliers,” the EC noted.

The European Commission has prepared recommendations on the response to the energy crisis in the EU. Among them:

Against the background of a shortage of gas in European storage facilities, the exchange price for it in Europe has been showing record growth for several months. In early October, the price set a new high, exceeding a record $ 1.9 thousand. After that, the finance ministers of France, Spain, Greece, the Czech Republic and Romania issued a joint statement in which they asked the EU to investigate the reasons for the increase in prices on the gas market and develop tools for an immediate response to it.