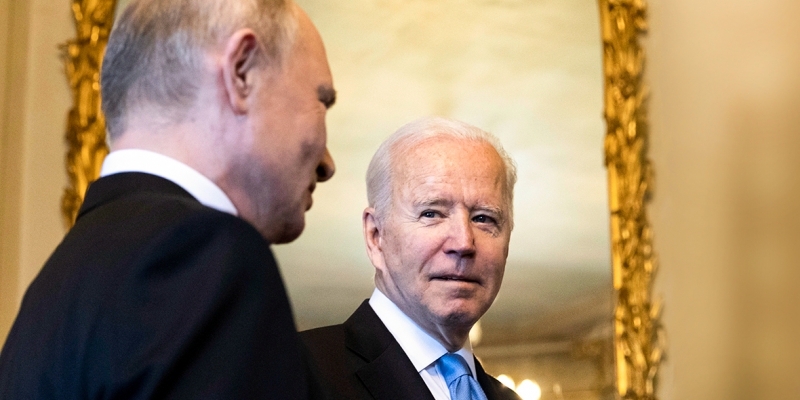 The President accused the American elite of speculating “on Russian-American relations,” but said he hoped for a reversal of the trend

The relations of the Russian authorities with the current US administration are “quite constructive,” President Vladimir Putin said during the plenary session of the Russian Energy Week, RBC correspondent reports. According to his assessment, Putin has a fairly stable relationship with US President Joe Biden.

In the future, the Russian president believes, relations between the two countries will improve. “Mutual interests, without any doubt, will lead to the fact that one way or another our relations will improve and the American political establishment will stop speculating on Russian-American relations to the detriment of its own interests and to the detriment of its own campaigns,” he added.

Another question about the relations between Washington and Moscow was asked to Putin by the moderator of the session, CNBC journalist Hedley Gamble, he touched on the topic of the possible re-election of Donald Trump as president of the United States in the next election. “It doesn’t concern us. I don’t want to give these estimates. I used to say, before the US election, before Trump’s election and after, and before the last election, <..."that we will work with the leader of the United States, who will be chosen by American voters, the American people. We do not give any estimates," Putin said.

In June, on the eve of his first meeting with US President Joe Biden, Putin said that relations between Russia and the United States had sunk to the lowest point in recent years. After the summit of the presidents of Russia and the United States, Russian Ambassador Anatoly Antonov said that there had been no drastic changes in Russia’s relations with Washington, but there was a basis for stabilizing relations between the two countries.

Against the background of contradictions on a number of foreign policy issues, Washington and Moscow have a number of controversial issues in their relations, which include mutual restrictions on the work of diplomats, difficulties with the disarmament negotiation process, and sanctions issues. The United States, along with the Czech Republic, is officially included in the list of “unfriendly” countries for Russia compiled by the government.