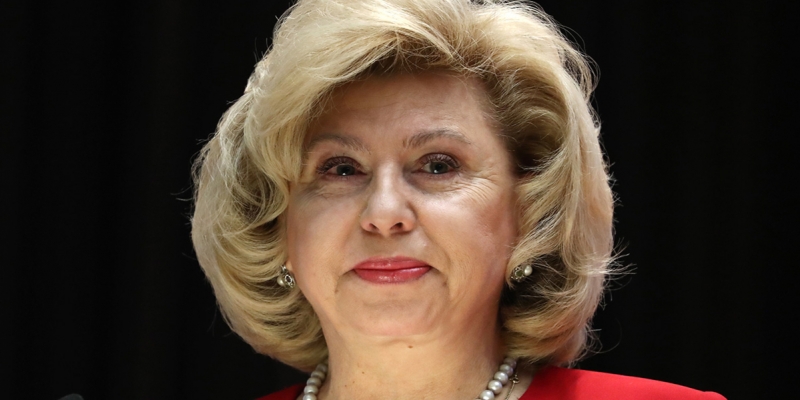 BIznesmen came under EU sanctions because of charitable activities, said the Ombudsman Tatyana Moskalkova. In her opinion, this also affects “ordinary people”. The EU stated that they included Gutseriev because of Lukashenka’s support

The Commissioner for Human Rights, Tatyana Moskalkova, called his charitable activities the grounds for EU sanctions against Mikhail Gutseriev. The Russian businessman, according to Brussels, came under restrictions because of the support of the regime of the Belarusian leader Alexander Lukashenko.

“One of the last turns is connected with sanctions against our citizens working on the territory of the Union State of Russia and Belarus. And the grounds for these sanctions were charitable activities, for example, Mikhail Gutseriev’s construction of schools and churches. This, of course, affects the interests of an ordinary person, and it is absolutely unclear what is the motive and reason for punishing people for the charity of our citizens, ” Moskalkova told reporters before the fifth meeting of the Eurasian Alliance of Ombudsmen.

The Ombudsman added that the expansion of sanctions “inevitably” affects the rights and interests of the “ordinary population, the common person”. This will also be one of the topics that will be discussed at the meeting of the alliance, she noted.

On June 21, the EU expanded sanctions against Belarus. The list includes eight legal entities and 78 individuals, including a Russian businessman, the owner of “Safmar” and “RussNeft” Gutseriev and relatives of Lukashenka. They were blocked from European assets and accounts, as well as banned from entering the EU.

The restrictions are related to the “escalation of serious human rights violations in Belarus and the violent suppression of civil society,” the EU Council said in a statement. Getting into the sanctions list of Gutseriev was explained by the fact that he is a long-time friend of Alexander Lukashenko, who has influence among the political elite of Belarus.

In addition, the EU Council stressed that Safmar was the only supplier of raw materials to Belarusian oil refineries during the energy crisis in early 2020. Among other claims against the businessman, which were voiced by the EU authorities in support of sanctions,is the delivery of Russian journalists instead of striking employees of the Belarusian state media on a plane belonging to Gutseriev.

Another reason for the imposition of sanctions was the “forced and illegal”, according to the EU, landing of a Ryanair passenger plane in Minsk on May 23. The airliner landed due to a message about a bomb, after which Roman Protasevich, the co-founder of the Nexta Telegram channel, which the Belarusian authorities recognized as extremist, was detained right at the airport.