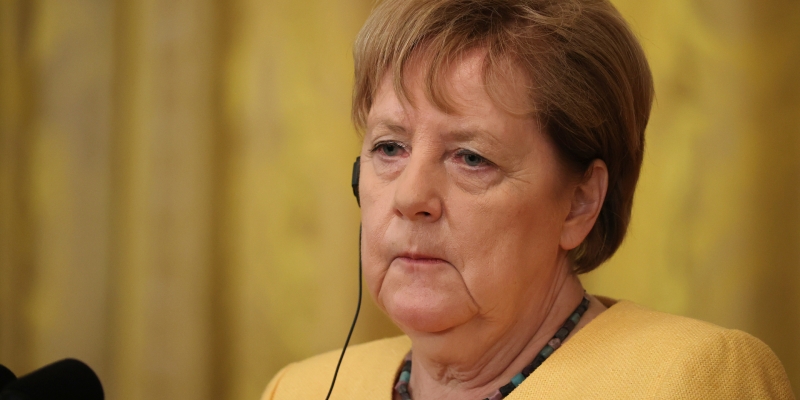 After Washington officially confirmed the existence of an agreement with Berlin on the Nord Stream-2, Berlin reported that Angela Merkel had called the Russian president. It was about Ukraine and gas transit

Berlin, after statements from the United States about agreements with Germany on the “Nord Stream-2”, reported on a telephone conversation between Chancellor Angela Merkel and Russian President Vladimir Putin. The German government said that Merkel and Putin discussed the situation in Ukraine and “Nord Stream-2”

“The phone call was related to the implementation of the Minsk agreements on the peaceful settlement of the conflict in eastern Ukraine. Energy issues such as gas transit through Ukraine and the Nord Stream-2 pipeline were also discussed, the German government said in a statement.

In a message on the Kremlin’s website, the content of the conversation is conveyed in more detail. The press service of the Russian president reported that Putin expressed his condolences to Merkel in connection with the floods in western Germany, and the German Chancellor in response “expressed the hope that in the very near future it will be possible to cope with forest fires in Yakutia”.

After that, Merkel and Putin moved on to discuss the “Nord Stream-2”.

“The leaders are satisfied with the construction of the Nord Stream-2 gas pipeline approaching completion. The Russian President noted the consistent commitment of the German side to the implementation of this project, which is exclusively commercial in nature and aimed at strengthening the energy security of Germany and the European Union. Angela Merkel informed about the results of the discussion of the situation around the gas pipeline during recent talks with US President Joseph Biden in Washington. Vladimir Putin gave relevant comments, ” Moscow said in a statement.

The Kremlin’s release also talks about Ukraine. In particular, Putin “drew special attention to the openly discriminatory law” On the indigenous peoples of Ukraine ” adopted by the Verkhovna Rada.

The full content of the agreement between Berlin and Washington on the “Nord Stream-2” has not yet been disclosed, but State Department spokeswoman Victoria Nuland confirmed the data from Reuters and Bloomberg at the hearing. She revealed the main details: in accordance with the agreement, Berlin will be obliged to seek an extension of the transit agreement between Russiaand Ukraine for another ten years after 2024. In addition, if Russia uses energy resources as an instrument of pressure on other countries, Germany undertakes to address the issue of introducing new sanctions against Moscow. Germany and the United States will also jointly finance the diversification of Ukraine’s energy sector.

RBC in Telegram Instant news in our Telegram channel