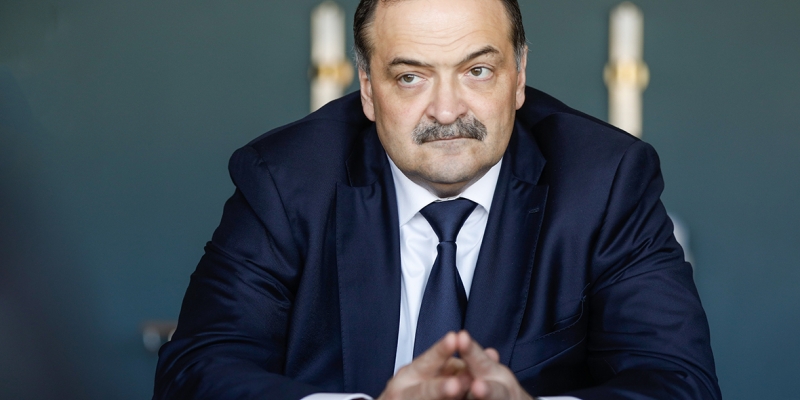 82 out of 86 deputies voted for him. Earlier, Melikov served as the head of the republic for a year. Before the beginning of his political career, the new head of Dagestan worked for a long time in the internal troops of the Ministry of Internal Affairs

The People’s Assembly of Dagestan voted for the candidacy of Sergei Melikov for the election of the head of the republic, the broadcast was conducted from the meeting room.Earlier, Melikov was the acting head of Dagestan.

Melikov was appointed acting head of the republic on October 5, 2020. In this post, he replaced Vladimir Vasiliev, Colonel-General of the Ministry of Internal Affairs, who resigned of his own accord. After that, Vasiliev served as an adviser to the president, and was also acting deputy secretary of the General Council of United Russia. In the September elections, Vasiliev was elected a deputy of the State Duma from “United Russia”, he also became the head of the party’s faction.

The new head of Dagestan, like his predecessor, is a colonel-general of the Ministry of Internal Affairs. In 2011–2014, he commanded a joint group of troops to conduct anti-terrorist operations in the North Caucasus, after that he was the presidential envoy to the North Caucasus Federal District.

From 2016 to 2019, Melikov served as the first deputy director of Rosgvardiya. During this period (in 2017), he was already considered for the post of head of Dagestan, RBC sources reported. According to their data, his candidacy was supported by the fact that he is a security officer, knows the region well, is equidistant from clans, and is also half Lezgin (the fourth largest ethnic group in the republic, according to the 2010 census).

In 2020, Melikov became a senator from the Stavropol Territory.

Subscribe to OK RBC Get news faster than anyone