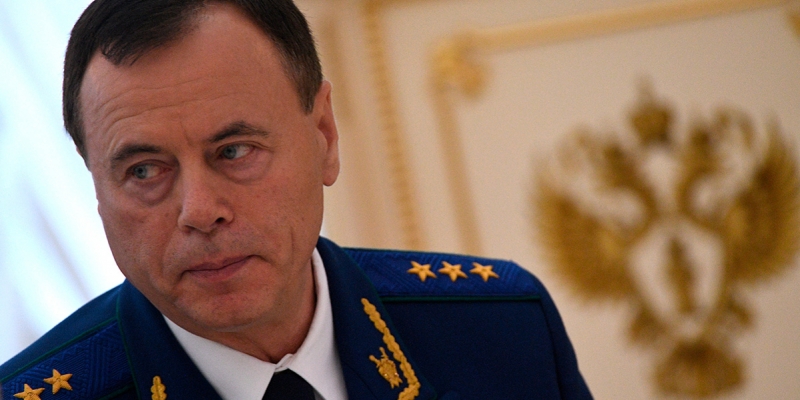 Paccording to the newspaper, he may resign upon returning from vacation. Buxman turned 70 years old, this is the age limit for this service. The first deputy filed a report a year and a half ago, but he was offered to serve up to 70 years

Buxman turned 70 on Wednesday. RBC sent a request to the Prosecutor General’s Office.

In the Prosecutor General’s Office, Buksman was in charge of the main Department for supervision of the implementation of federal legislation, the Department of legal Statistics, the information and analytical department, the anti-corruption department. He also supervised the work of the environmental prosecutor’s offices on Amur and Baikal, monitored the legality on Baikonur and interacted with the presidential administration.

Among other things, Buksman interacted with the office of the Presidential Commissioner for the Rights of Entrepreneurs in the framework of protecting businessmen from unjustified prosecution. “We are deprived of the authority to investigate criminal cases, but we have shown ourselves so well in the function of protecting business that no investigation of criminal cases can simply compare with this. It is interesting here, it is promising here, and here we really feel like defenders of business, ” he said in 2019.

Buksman also conducted environmental audits, including the activities of the “Russian Environmental Operator”(REO) for 2019–2020. Buksman reported the results to the Minister of Natural Resources and Ecology Alexander Kozlov. According to the first deputy prosecutor General, the audit showed “numerous violations of federal legislation” in the company.

Sources of “Kommersant” report that so far Buksman has no successor. According to preliminary data of the publication, among the candidates for this post there are no employees who have worked for many years in the central office of the Prosecutor General’s Office. After the resignation of the first deputy, several other deputies will perform their duties, the newspaper clarifies.

The fact that Buksman will resign, sources of RBC and RIA Novosti reported back in January 2020. Then it became known that he had submitted a resignation report. However, later “Kommersant” wrote that he was offered to serve until the age of 70.

A similar situation has developed with another Deputy Prosecutor General Viktor Grin, who left the post on January 1, 2021, on the day when he turned 70 years old. Grin’s impending retirement also became known in early 2020, but he, like Buksman, according to the Kommersant, was offered to serve up to 70 years.

In the early 1990s, Buksman moved to Moscow. In the capital, he also worked as a prosecutor of the Central Administrative District, head of the Main Department of the Federal Registration Service in Moscow. Since 2006, he has held the position of First Deputy Prosecutor General.