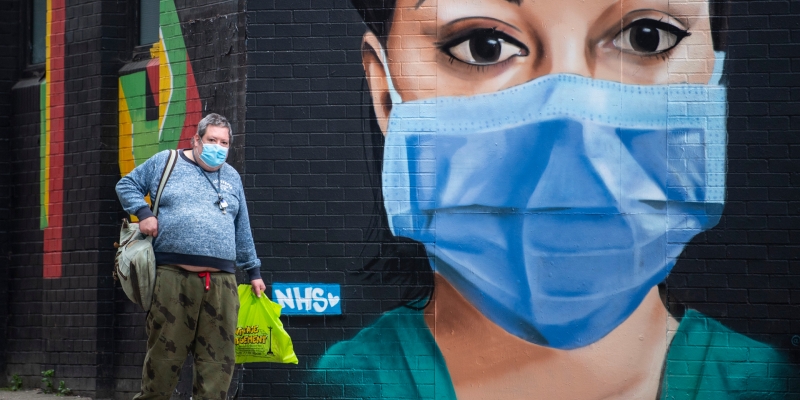 Pthe government has replaced them with recommendations, but experts criticize this decision The British government has lifted most of the quarantine restrictions, which, according to skeptics, could lead to a new wave of the epidemic. But Downing Street believes that it is better to open the country in summer than in autumn or winter

How the rules of conduct in the UK will change

The United Kingdom has become the first of the leading European countries to lift the vast majority of social restrictions imposed to combat the spread of COVID-19. Since July 19, bans on appearing in public places without masks, visiting public catering establishments and public events have been lifted.

The British government has given a number of recommendations that citizens should adhere to. First, they should try to maintain a social distance and refrain from meeting too many people. It is also recommended to ventilate the premises and wear masks in places with a large crowd of people, for example, on public transport. It is also recommended to use a special application that allows you to identify infected people and avoid contact with them. Finally, the authorities recommend that institutions such as nightclubs check for a coronavirus test or vaccination in visitors (this condition will become mandatory from September).

The lifting of restrictions applies only to the territory of England, where more than 80% of the population of the United Kingdom lives. Health decisions in other parts of the country-Northern Ireland, Wales and Scotland-are made at the level of local authorities. Wales will leave the restrictions in force until the beginning of August. In Scotland, the wearing of masks on public transport remains mandatory.

According to Johns Hopkins University, as of July 20, there were 5.5 million confirmed cases of coronavirus and 129 thousand deaths in the United Kingdom. On Monday, 46.5 thousand cases of infections and 102 deaths were recorded. Thus, the average daily increase in the number of cases from July 14 to July 20 was 40% higher than in the previous seven days, reports Reuters. The record of the daily increase occurred in the winter— on January 8, 68.2 thousand cases were recorded.

Britain is the leader in the rate of vaccination of the population among major European countries. As of July 20, 68.2% of Britons received at least one dose of the vaccine. The share of fully vaccinated people from COVID-19 in the kingdom is 53%, according to data collected by the Our World in Data portal. In France and Germany, the proportion of citizens who received the first dose of the vaccine is less than 60%. By mid-September, all Britons over the age of 18 will have the opportunity to be fully vaccinated, according to a statement from the British government.

Other major European countries leave the restrictions in force. The official representative of the French government, Gabriel Attal, warned about the country’s entry into the fourth wave of the pandemic. “The dynamics of the epidemic is now higher than at any of the previous stages,” he admitted, adding that the number of cases of infection fora week has increased by 125%. Because of this, the government will maintain a pass system in some shopping centers. Attal clarified that a violation of the access system may face fines of — €1.5 thousand for the first time and up to & euro;9 thousand in the future. Germany also does not remove restrictions for unvaccinated citizens.

Who criticizes the decision and why

According to British Prime Minister Boris Johnson, now is the most appropriate time to lift restrictions, because in autumn and winter people are more likely to contact indoors. “We are opening up, and this is the right decision. If we don’t do it now, we will open the doors in the fall or winter, when the virus has advantages in the form of cold weather, ” said Johnson, who is on self-isolation after contacts with the infected COVID-19 Health Minister Sajid Javid. “We have to ask ourselves: if we don’t do it now, then when?» & mdash; suggested the prime minister.

Although the risks of an increase in the incidence remain, the British authorities believe that the country should learn to live with the virus, and state restrictions should be replaced by a manifestation of personal responsibility. “Unfortunately, we have to get used to the idea that the coronavirus will lead to new victims,” Johnson warned.

Some British politicians are in favor of lifting all restrictions related to COVID-19 without exception. For example, Business Minister Peter Scully called the return of the access system to nightclubs unacceptable. In his opinion, such measures are like an identity card, which is valid only for vaccinated people.

Many experts considered the government’s decision hasty. Representative of the Scientific Advisory Group on Emergency Situations (SAGE) In the United Kingdom, epidemiologist, professor of the London School of Hygiene and Tropical Medicine John Edmunds does not agree with the argument that it is better to get sick now than in winter. First, in his opinion, new methods of treatment of COVID-19 and rehabilitation from its consequences can be developed by winter. Secondly, too sharp an increase in the number of infections after the removal of all restrictions can again lead to an overload of the health care system.

Britain introduced a lockdown in connection with the pandemic later than other countries. Former government adviser Dominic Cummings claimed that Johnson refrained from introducing appropriate restrictions until the last moment.