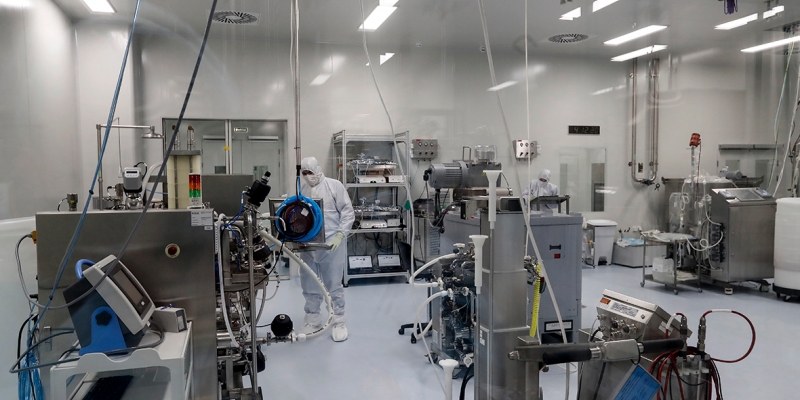 The Sun published an article claiming that Russia stole the formula of the AstraZeneca vaccine against coronavirus. The tabloid’s material was also replicated by other media. The RDIF reported that they apologized The British tabloids The Sun and The Daily Express apologized for publishing articles claiming that Russia stole the formula of the British AstraZeneca vaccine, on the basis of which the Russian V satellite was created, the Russian Direct Investment Fund (RDIF) said in a Telegram.

“A number of British yellow newspapers, known for their scandalousness and falsification of information, were forced to apologize and refute another fake,” the foundation said.

They noted that the editors took this step, faced with irrefutable facts from the statement of the RDIF distributed the day before.

The foundation claims that the Daily Express was the first to completely remove the reprint text from its website, and later issued an apology. The authors of the original text in The Sun published a corrected version of the text with quotes from the RFPI statement, and also published a comment by the foundation refuting the information given in their original publication.

“The Daily Express admitted that the publication provided false information that the creators of the vaccine “Sputnik V” used the developments of the University of Oxford to create their drug,” the foundation said in a statement.

The RDIF called this situation another victory in the fight against the negative campaign in the Western media against Sputnik V, which was launched with the filing of multinational corporations from Big pharma in pursuit of profits and market share at the expense of the health of ordinary people.

The Sun published on October 10 that Russia allegedly stole the formula of the AstraZeneca coronavirus vaccine in order to create a “V” satellite. The article claimed that a “Russian spy” stole a formula that was jointly developed by the University of Oxford and the British-Swedish company AstraZeneca. According to the publication, according to US intelligence agencies, Russia has copied the technology used in the Oxford development in the satellite. The newspaper, without specifying the sources, wrote that the special services had informed some ministers about this.

“The Sun newspaper is a very famous, deeply unscientific newspaper. This is how we treat these publications,” said Dmitry Peskov, the press secretary of the President of Russia.

The RDIF, commenting on the article, stated that it represents a “blatant lie based on anonymous sources.” The foundation considered that the article “does not carry any scientific meaning”. They recalled that the V satellite was created on the basis of human adenovirus, and the AstraZeneca vaccine is based on chimpanzee adenovirus. And the same platform of human adenoviruses was used by the developer of the Russian drug, the Gamalei Center, in earlier works, including when creating vaccines against Ebola in 2017 and against Middle East respiratory syndrome (MERS) in 2019, the RFPI indicated.

Russian Foreign Minister Sergei Larvov called AstraZeneca’s accusations unfounded. “I remember there were many cases when AstraZeneca gave negative side effects of thrombosis and so on. There has never been a single case of this with the “V” satellite,” the head of the Ministry of Foreign Affairs stressed.

The AstraZeneca vaccine, in which the genetic information of the SARS-CoV-2 virus is delivered to the human body by a carrier based on an adenovirus infecting a chimpanzee, is vector-based. It began to be produced in June 2020 before the end of testing, Britain officially approved the vaccine in December last year.

The vaccine of the Gamalei Center “Sputnik V” is also vector-based, but it works on the basis of two types of adenovirus to which a person is susceptible. It was registered on August 11, 2020. In March of this year, the director of the center, Alexander Ginzburg, said that the Russian vaccine differs from the Anglo-Swedish degree of purification, which is allegedly higher in Russia.

The Russian Direct Investment Fund is engaged in the production and distribution of the V satellite.