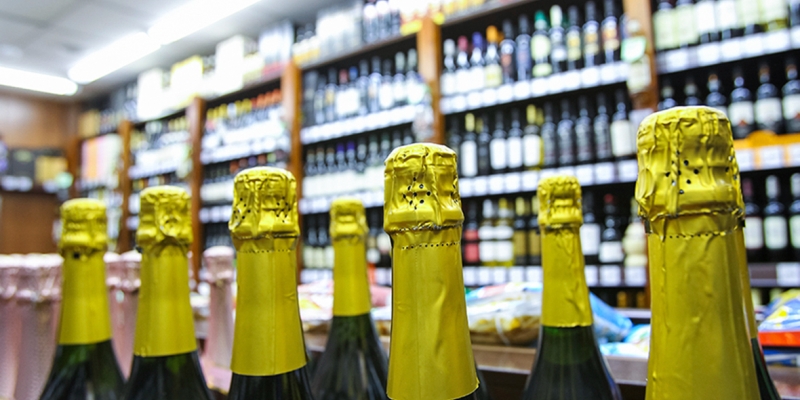 Patent courts and instances decide whether the use of the saint’s name in the product name offends the feelings of believers. The current position of the court is that this is permissible, but the religious organizations involved in the examination do not agree with this

What is Saint Vincent and why do they argue about it

Since 2000, the Saint Vincent brand has been registered in Russia by the company “Alexandrovy Pogreba” LLC. As indicated on its website, it is engaged in the development and promotion of various brands, including the categories of alcoholic and non-alcoholic beverages, as well as food products (the portfolio contains brands mainly without internationallegal protection). Based on the data of Rospatent, the company actually owns various trademarks and provides them, for example, under the terms of a license agreement to direct manufacturers of products or distributors. According to this scheme, Saint Vincent was used by a large alcohol importer — the company TD«Rusimport & raquo;.

However, in 2020, the Wine Style LLC (also a producer and distributor of alcohol) filed an objection to the provision of legal protection for this trademark with Rospatent. The company’s arguments were as follows: the brand contains in its name the name of the martyr-Saint Vincent. According to the applicant, the trademark registration was carried out in violation of the law (paragraph 3 of Article 1483 of the Civil Code of the Russian Federation)& mdash; markingalcohol products in the name of the martyr offends the feelings of believers and contradicts the principles of morality. The saint is venerated in the Orthodox, Catholic and Anglican churches. “The registration of the name of the holy martyr as a trademark gives rise to a false attitude among consumers towards alcoholic beverages as products approved by the church, and encourages their use,” the objection noted.

The arguments of the Alexandrov Pogrebovs that there are other signs with religious semantics under patent protection and there is no reliable evidence that the disputed trademark is perceived as an insult, Rospatent did not accept. At a meeting in February, the service recognized that the registration of the trademark “offends religious feelings, contradicts the public interests, the principles of humanity and morality”, and terminated the protection of the trademark.

But later, the Alexandrovs of the Cellar appealed this decision already to the Intellectual Property Rights Court( IPC), which recognized that Rospatent did not fully investigate the case materials. In particular, the service did not take into account the results of the survey (the company conducted it independently): only 2% of respondents associate the designation Saint Vincent with Saint Vincent; the vast majority of consumers, including believers, do not associate this designation with religious semantics.

As a result, in mid-August, the court has so far restored the rights for the “Alexander Cellars”, but ordered Rospatent to once again consider the objections from the “Wine style”.

A representative of the “Wine Style” confirmed the essence of the dispute to RBC. It was not possible to contact «Alexander Cellars» at the time of publication. RBC sent a request to Rospatent.

In addition to the dispute about the feelings of believers, there is a judicial process in arbitration between the companies. Even as part of the proceedings in Rospatent, the Alexandrov Cellars stated that, based on the fact that the complaint was received from an importer of alcoholic beverages, this indicates unfair competition. It follows from the case materials that & laquo; Wine Style & raquo; imported wine under the Saint Vincent brand to Russia. Where this wine was imported from (that is, the country of origin), from the materials of the case in courtit is unknown, but it has gained the main popularity due to production in France (it belongs to one of the largest wine holdings in the country, Castel Groupe). A few months before the start of the proceedings around the trademark, “Alexandrov Cellars”, according to the file of the Moscow Arbitration Court, filed lawsuits against “Wine Style” for almost 33 million rubles due to violation of the exclusive right to the Vincent mark. The courts of all instances, including the cassation, confirmed the legality of the plaintiff’s claims.

What do religious organizations say

During the meetings, the parties appealed to religious figures and organizations for a legal assessment. The Legal Department of the Moscow Patriarchate, whose conclusion was used in the dispute, believes that the application of images or the name of the saint on alcoholic products can be regarded as an act committed to offend the religious feelings of believers, and added that the registration of Saint Vincent and St. Vincent is unacceptable. Religiousthe symbols are not subject to state registration, they noted: “The feelings of believers consist in the reverent attitude of a person to what, according to his religious beliefs, is sacred to him, while his religious beliefs, dogmas of religion, personalities and deeds of saints are undoubtedly sacred to a person.” RBC asked the press service of the Patriarch of Moscow and All Russia for a comment.

After the publication of the court’s decision on the return of the legal protection of the mark in favor of the Alexander Cellars, the Ecclesiastical Province of St. Michael the Archangel, a member of the World Council of National Catholic Churches, sent its position to Rospatent (a copy of the letter is available to RBC). When the “sacred” is placed in a profane context, it can offend the feelings of believers, the Old Catholic Metropolitan of the Church Province of St. Michael the Archangel Pavel explained his position to RBC. “The sacred here becomes an element of commerce,” he added.

The metropolitan noted that there is a Wine-making brotherhood of St. Vincent in France, but the brotherhood was founded by monks, for whom the image is an object of veneration. “If a secular structure begins to deal with this, it is puzzling. The use of sacred images by secular business structures as a tool for profit-making can hardly be called a morally impeccable act, ” he concluded.

According to the metropolitan, if companies refuse legal protection of a trademark, it will be an important precedent: companies will use the names and symbols of saints more carefully.

Impact on other trademarks and the market

Filing an objection to Rospatent on the grounds that a trademark contradicts the principles of morality and offends the feelings of believers is a rather rare case, Vladimir Biryulin, a patent attorney, partner of the firm Gorodissky and Partners, told RBC. The reason is that the insult is subjective: the same thing can offend one and not offend another, he stressed. The lawyer added that trademarks do not have a deadline for filing objections, so you can appeal it after any time.

Currently, many trademarks are registered that can be attributed to the church theme, & mdash;«The Soul of a monk »,« The Old Cell & raquo; and others, says Larisa Grudina, managing partner of BRANDPAT. She suggested that the dispute could become a precedent for other trademarks of alcoholic products related to church semantics.

RBC sent a request to the manufacturer of cider under the St. Anton brand — the company«Apple spas & raquo;. The name St. Anton emphasizes the connection with Europe, there is no religious subtext in it, especially since there is no such saint in the Russian Orthodox Church, says Alexey Nebolsin, a member of the presidium of the “Support of Russia”, whom Forbes called the founder of the “Apple Savior” in 2014.

Brands and the religious question

In 2017, a discussion broke out on social networks about an unusual marketing campaign of the brand “Holy Spring”, which released a series of bottles of drinking water with the heroes of “Star Wars” Darth Vader, Yoda, Chewbacca and stormtroopers. Users wondered if such a combination of the film’s characters and the brand name offends the feelings of believers. The ethics of the “mixing” of the “Holy Source” and “Star Wars” then doubted the ex-head of Rospotrebnadzor and the first deputyChairman of the State Duma Committee on Education and Science Gennady Onishchenko. Although State Duma Deputy Vitaly Milonov did not see any insults to the feelings of believers in this action: in his opinion, the brand “Holy Source” is a commercial product that has nothing to do with sacred things, and Darth Vader is hardly associated with satanic forces, he can be very good and kind inside. The ROC itself did not comment on this action at the time. RBC sent a request to the company IDS Borjomi, which owns the brand “Holy Source”.

In July 2020, the Russian Orthodox Church condemned the use of the image of the patron saint of Moscow, George the Victorious, on sewer manholes. After such hatches appeared on the alleys of VDNH, the head of the expert council of the Russian Orthodox Church on church art, Archpriest Leonid Kalinin, said that he treats this negatively. “The image of St. George the Victorious, placed on the trampled underfootThis is an insult to the patron saint of our city, ” Kalinin noted. Designer Artemy Lebedev told about the installation of hatches in his telegram channel, who recalled that the practice of using hatches with coats of arms and patron saints is in many cities of the world.