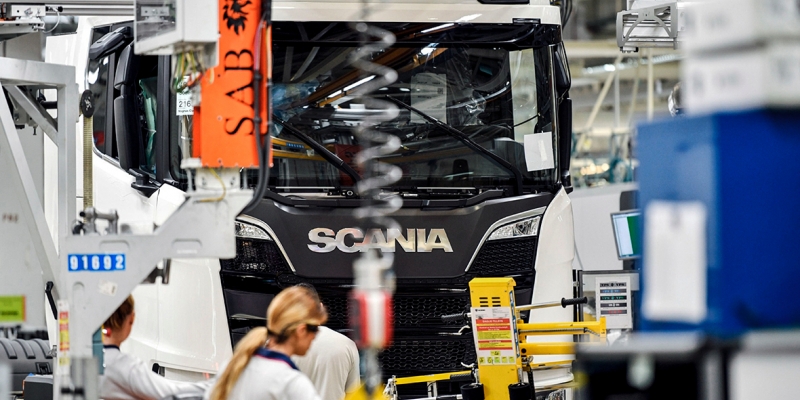 PThe prosecutor’s office claimed that the man worked for the Russian Foreign Intelligence Service. He was detained for transmitting data about the companies Volvo and Scania. The media wrote that he previously had a Russian passport

The Gothenburg District Court has sentenced a Swedish citizen to three years in prison for spying for Russia. This is reported by the TV company SVT.

According to her, this is the first sentence for espionage in Sweden in the last 18 years. The prosecutor’s office accused the 47-year-old man of espionage in February of this year. Then the prosecutor said that the man, being a consultant in the city of Södertellier, for several years passed information about the companies Volvo Cars and Scania CV to a Russian diplomat for a monetary reward.

According to “Swedish Radio”, the man was found guilty of transmitting data about the company Scania. Charges of similar actions against the Swedish car manufacturer Volvo Cars were dropped from the man.

The convict did not admit guilt. His lawyer promised to appeal.

A resident of Gothenburg was detained during a lunch with a Russian diplomat in a Stockholm restaurant in February 2019. He was later arrested. According to the prosecutor’s office, the accused received from him 27.8 thousand crowns ($3.3 thousand).

As stated in the prosecutor’s office, the man passed information to the Russian side that related to the companies Volvo Cars in Gothenburg and Scania CV in Södertölje, where he worked as a consultant (in the first he worked in 2016 & ndash;2017, in the second in 2018 & ndash;2019).

According to the indictment, the man illegally transferred materials from work computers to his personal, and then to USB drives. He also photographed some materials from the desktop computer screen. The prosecutor’s office believes that the actions of the accused could jeopardize the security of the country.

According to the prosecutor’s office, the man has been working for the Foreign Intelligence Service (SVR) of Russia since the summer of 2017. The Associated Press wrote in March 2019 that Russian intelligence officer Yevgeny Umerenko, who then worked at the Russian embassy, received information from him. According to the agency, he is an “expert on industrial espionage” and previously performed a similar role while working in Germany. As AP wrote, Umerenko left the country three weeks after the incident.

The agency, referring to the report of the intelligence services, reported that the accused’s name is Christian Dmitrievsky, in the documents he was called a specialist in computer modeling and biophysics. Before obtaining Swedish citizenship, he had a Russian passport.

The Expressen newspaper wrote that there was a diplomatic dispute between Moscow and Stockholm because of Umerenko. In May 2019, Russia expelled two employees of the Swedish Embassy in response to the refusal to provide a Swedish visa to a Russian diplomat.