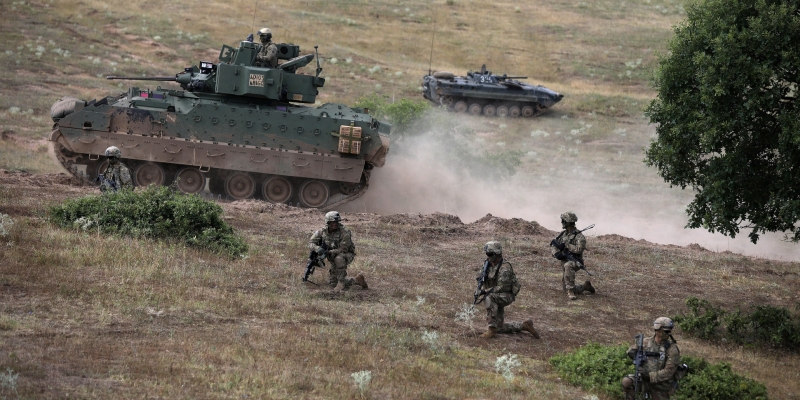 WithThe SHA are discussing options for solutions in case Russia launches military actions against Ukraine, the WSJ has learned. On the eve of Zelensky said that Moscow is involved in the planned coup in the country. The Kremlin rejected these accusations

According to the publication, the United States is considering two possible solutions.

In the first case, the Biden administration will help strengthen Ukraine’s defense capability, including increasing the supply of military equipment, in particular air defense systems. This option also provides for tougher sanctions against Russia.

On the eve of November 26, Assistant Secretary of State for European and Eurasian Affairs Karen Donfried said that the United States is extremely concerned about “large-scale and atypical” movements of Russian troops near the Ukrainian border. According to her, at the meeting of NATO foreign ministers, the American side plans to discuss possible joint steps to reduce tensions. Donfrid noted that there is a set of tools for this, which includes a wide range of possibilities.

Since the beginning of November, Western media, including The Washington Post and Politico, with reference to sources and satellite images, have begun to report that Russia is building up troops near the border with Ukraine. In connection with possible activity at the turn of the United States warned European partners about the threat of “invasion” of Russia in Ukraine, Bloomberg reported.

Kiev initially reported that it had not seen any Russian activity near the border, but later confirmed receiving information about the buildup of Russian forces from Western partners. After that, the Ukrainian authorities suspected Moscow of preparing an attack. In addition, on the eve of the President of Ukraine Vladimir Zelensky said that Moscow was allegedly involved in the discussion of the planned coup in the country.

The Kremlin rejected these accusations. “Russia never does such things at all,” said presidential spokesman Dmitry Peskov. The Russian authorities have also repeatedly stated that the country has no plans to attack anyone, and the movement of troops on its territory was called an internal matter.