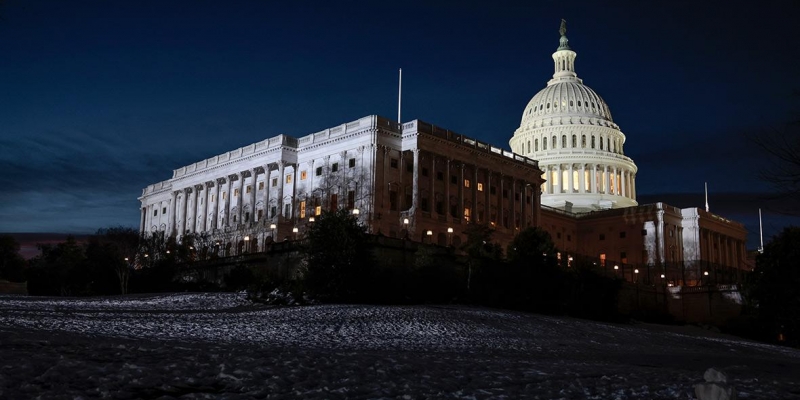 Republicans from the US Congress sent a letter to three agencies with a request to establish whether Russia complies with the Treaty on Measures for Further Reduction and Limitation of Strategic Offensive Arms (START-3), the Financial Times reports with reference to the letter.

It is addressed to Secretary of State Anthony Blinken, Secretary of Defense Lloyd Austin and Director of National Intelligence Avril Haines. The authors of the letter, Mike Rogers, Michael McCall and Michael Turner, asked to study whether the suspension of inspections and consultations within the framework of START-3 could lead to non-compliance or a significant violation of the treaty by Moscow. Republicans have asked for an opinion by January 31.

The START-3 Treaty was signed in 2010 (originally valid until February 5, 2021) by Presidents Barack Obama and Dmitry Medvedev. The document provided for the reduction by the parties of the number of deployed nuclear warheads to 1.5 thousand pieces, and intercontinental ballistic missiles, ballistic missile submarines and strategic bombers-missile carriers to 700. Under Joe Biden, the contract was extended until 2026.

“Russia is trying to use the new START treaty to intimidate the United States and other countries so that they do not provide lethal [military] assistance to Ukraine,” Rogers explained to the publication. He pointed out that the United States and NATO should point out Moscow’s violations, if they are discovered, in order to prevent extortion on its part.

In the letter, the Republicans also referred to the nuclear developments being conducted by China, Iran and North Korea at this “exceptionally dangerous time”.

Russia suspended inspections at its nuclear facilities in August 2022. The Foreign Ministry called the measure forced, since the United States seeks to “by a show of force” to achieve the restart of inspection activities on conditions that do not take into account existing realities, create unilateral advantages for the United States and actually deprive the Russian Federation of the right tocarrying out inspections on American territory. In particular, this is due to the closure of airspace by some countries for Russian aircraft and refusals to issue visas to Russians. Americans have no similar problems for arriving in Russia, the ministry noted. The ministry stressed that Moscow will continue to comply with the START agreements.

Read on RBC Pro Why India’s Shadow Economy is Being Legalized — The Economist Crash Guru: what’s Going on with Barry Silbert’s “crypto rockefeller” empire Learn to doubt: how uncertainty helps to make decisions Why eating meat is normal: six scientifically based reasons Authors Tags What will happen to non—cash payment in Russia