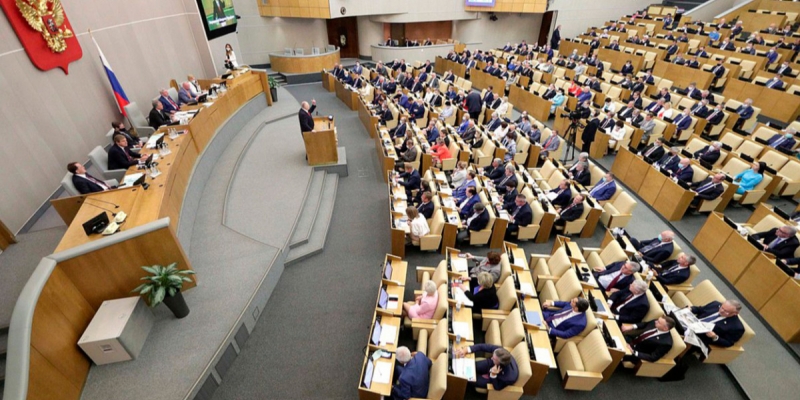 The State Duma, which was elected in 2016, held its last meeting on Thursday. For five years, the deputies of the VII convocation adopted 2672 laws

The State Duma today held the final plenary session of the spring session of 2021. For the current convocation of the State Duma, this is the last meeting, the next time the lower house of parliament will meet after the elections, in a new composition.

Vyacheslav Volodin, as the Parliamentary Newspaper writes, summed up the results of the five-year work of the VII convocation of the State Duma. According to him, over five years, the chamber has considered 6479 bills and adopted 2672 laws. From the previous convocation of the State Duma, the deputies had 2020 pending legislative initiatives, but the next composition will only inherit 1041 bills.

At the last plenary session, representatives of all the factions spoke. Vladimir Zhirinovsky thanked the deputies of his faction for their good work over the past five years. “All deputies are young!Other factions, too, ” he said.

The first deputy head of the United Russia faction, Andrey Isaev, said that the focus of the work of the deputies of the VII convocation of the State Duma was the solution of social problems. He particularly noted the “unprecedented measures to support families with children”. A serious shock for the parliament, Isaev said, was the coronavirus pandemic. “This required the operational work of the parliament in close cooperation with the government,” he said.

The State Duma of the VII convocation was elected on September 18, 2016, and its first plenary session was held on October 5, 2016. For the first time since 2003, the State Duma was elected under a mixed system: 225 deputies on party lists and 225 deputies in single-member districts. Of the 450 seats in the lower house of parliament in the 2016 elections, 343 (the constitutional majority) went to the “United” factionIn Russia, the Communists had 42 seats, the LDPR had 39, and the Just Russia had 23. Another seat went to the parties “Homeland” and “Civic Platform”.

The election of the new composition of the State Duma will be held on a single voting day on September 19, 2021. The CEC is going to spend more than 16 billion rubles on the election of deputies.- 60% more than was spent on the 2016 election.