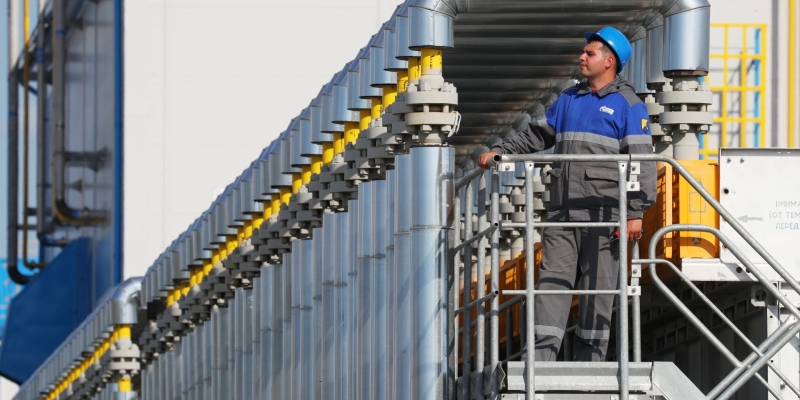 If Russia invades the territory of Ukraine, the situation with the Nord Stream-2 gas pipeline will not budge, US State Department spokesman Ned Price said in an interview with NPR radio.

“I want it to be very clear: if Russia somehow invades Ukraine, the case with the Nord Stream-2 will not move forward,” Price said (quoted by Reuters).

At the same time, he did not specify whether Germany had confirmed such intentions regarding the pipeline.

A week ago, US Secretary of State Anthony Blinken called “Nord Stream-2” a lever of influence on Russia, as long as there is no gas coming through the pipeline. He added that he had agreed with German Foreign Minister Annalena Berbock to counteract Russia’s use of energy resources as a weapon.

She, in turn, stated that in the event of Russian aggression against Ukraine, all measures regarding Nord Stream 2 would be considered.

At the same time, on Sunday, January 23, Austrian Foreign Minister Alexander Schallenberg said that in the event of Russia’s invasion of Ukraine, Nord Stream-2 and the gas sector would not fall under Western sanctions. “We in Europe depend to a certain extent on energy carriers from Russia. <..."We won't be able to change this overnight if we suddenly need heat and electricity," he explained.

Later, he noted that measures against the project, which has not yet been put into operation, do not pose a real threat to Moscow.

On the eve of the gas pipeline operator, Nord Stream 2 company established a subsidiary for the German section of the project. This was one of the conditions of the German regulator for the certification of the Nord Stream-2.

The US has stated that it is considering sanctions against Russia in the financial sector, as well as export restrictions. They may affect the supply of goods containing microelectronics created using something related to the United States (tools, software, and so on).