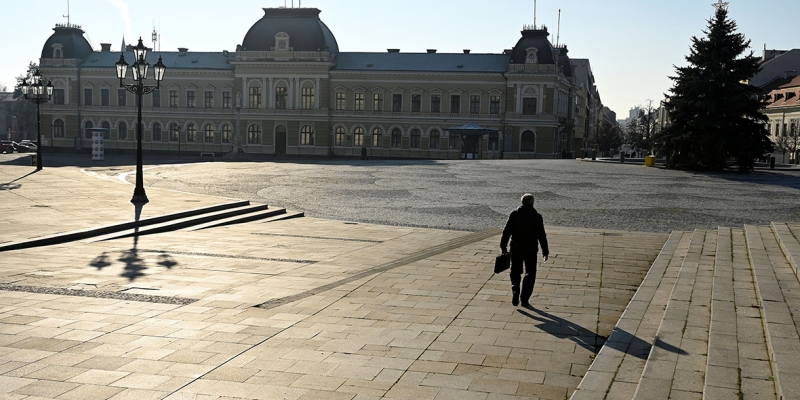 The country called the situation with hospitalization critical. The daily number of new cases of the disease has reached its maximum since the beginning of the pandemic

The Slovak authorities decided to introduce a two-week lockdown from November 25, including for vaccinated citizens. In Bratislava, this was explained by the high incidence in recent weeks, the critical situation with hospitalizations and the low level of vaccination, the Reuters news agency reports.

In accordance with the government’s decision, quarantine will affect all citizens of the country. In the coming days, all restaurants and non-food stores will be closed, some schoolchildren will study online. Churches will be closed, although local Catholics will still have the opportunity for confession. The authorities also urged citizens to refrain from traveling around the country, and businesses to switch to remote operation.

The head of the government, Eduard Heger, said that in ten days the authorities could ease restrictions for those who have been vaccinated or have already had the coronavirus. He emphasized the fact that the increase in morbidity is quite expensive for the state. «One hospitalization costs €1200, connection to a ventilator costs €12,000, and vaccination costs €40. Think about it»,— quotes the statement of the prime minister of the edition Noviny.sk .

The harsh measures in the Slovak Ministry of Health were explained, among other things, by the situation in hospitals. According to the representative of the department Susana Eliashova, 3,200 people have now been hospitalized, 82% of them have not been vaccinated.

In total, 2.6 million people have been vaccinated in Slovakia, that is, less than 50%.

In the last 24 hours alone, 10,315 cases of infection were registered in Slovakia, which was the highest figure for the entire time of the pandemic, 71 people died.

Earlier, similar measures were introduced by the Austrian authorities. They decided to introduce a strict 20-day general lockdown, which applies, among other things, to those who have been ill and vaccinated. According to Chancellor Alexander Schallenberg, restrictive measures for these categories of Austrians will be lifted no later than December 13 and the so-called 2G rule (geimpft und genesen) will come into effect in the country again.— RBC), according to which they are allowed access to public places by QR codes.