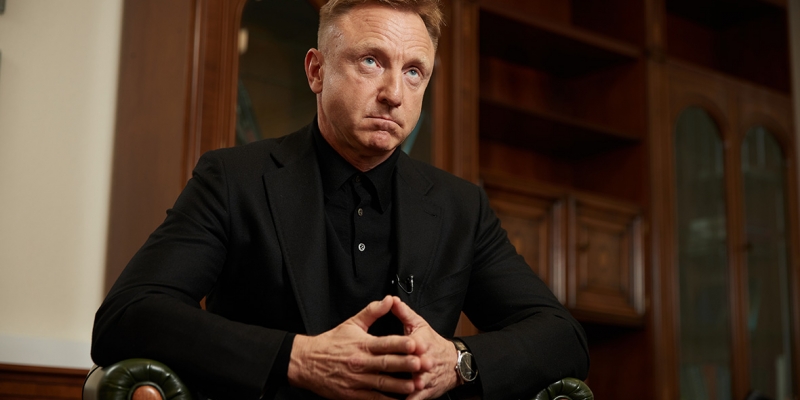 Dmitry Livanov said that he was surprised by the decision of the US Department of Commerce to impose sanctions, since MIPT cooperates with various organizations both in Russia and in other countries of the world due to its high positions in academic rankings

The Moscow Institute of Physics and Technology (MIPT), thanks to its leading positions in the world academic rankings, cooperates with private and public companies in Russia and abroad. This was stated to RBC by the rector of MIPT Dmitry Livanov, commenting on the decision of the US Department of Commerce to add the university to the sanctions list.

“We are surprised by the decision of the US authorities,” he said. Livanov noted that the customers of fundamental research and applied developments of MIPT “are many commercial and state-owned companies both in Russia and around the world”.

Livanov expressed hope that the imposed sanctions will not prevent MIPT from cooperating in the academic field with universities and scientific institutes of the USA and the university will be able to continue to build fruitful cooperation with the world’s leading scientists and research centers for the benefit of the development of global science.

The US Department of Commerce added the institute to the sanctions list on November 24, the department explained that the reason was the development of MIPT military products for a military customer.

Prior to that, Bauman Moscow State Technical University was indirectly sanctioned. In December 2020, as the newspaper Vedomosti reported, the university received an official letter from Microsoft’s official distributor, Softline, in which it was reported that due to new export restrictions against Russia, China and Venezuela, the company could not participate in tenders, since the technologies could be used for ultimate military purposes. At that time, it was explained in Baumanka that the university trains engineers-specialists of a wide profile who work, including for foreign companies.

In addition to MIPT, the list also includes companies from China and Pakistan, which the United States considers to be involved in the modernization of the People’s Army of China, as well as Pakistan’s nuclear program. The head of the ministry, Gina Raimondo, also explained that such a measure should prevent the transfer of American technologies to Moscow. “International trade should promote peace, prosperity and the creation of well-paid jobs, not security risks,” she added.

A number of companies from China and Pakistan included in the sanctions list are suspected by the US Department of Commerce of involvement in the modernization of the armed forces of the People’s Republic of China and the development of Pakistan’s nuclear program. Raimondo noted that Islamabad’s nuclear program is “unsafe”.

The American Bureau of Industry and Security (BIS) published at the end of December 2020 rules on the basis of which export restrictions will be applied to a number of organizations from Russia that were previously recognized as “end military users”: for example, “Roscosmos” and “Rosatom”. The document assumed that the supply of certain goods and production technologies to the United States would become impossible for Russia.

The term “end military user” includes not only the armed forces, but also the national police, the guard, intelligence, as well as any person or organization whose actions are intended to support military use. This made it possible to recognize “end military users” of civilian manufacturers.

At the same time, one of the main consequences of inclusion in the list is the need for a license from the US Department of Commerce for supplies to organizations that are in the register. VIS will also follow the opt-out policy. Among the goods that fall under the restrictions are chemicals, generators for nuclear power plants, electronic devices, software, various equipment for ships, as well as for aircraft.

The press secretary of the President of Russia Dmitry Peskov then expressed regret about the decision, calling it a “kick” for the already bad relations between the countries. “This is another hostile step towards Russia,” he appreciated.