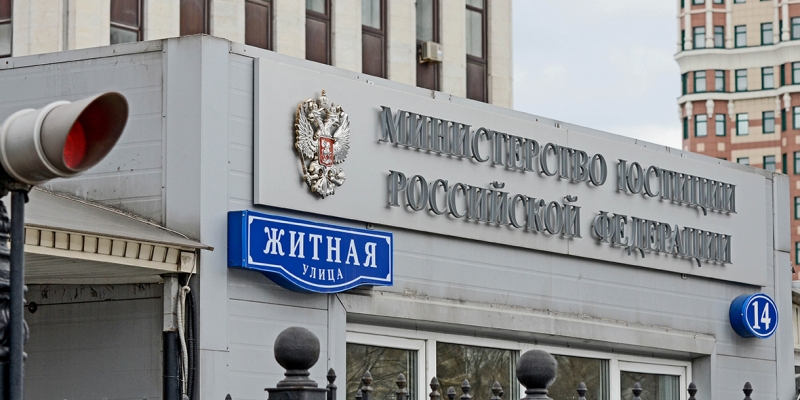 Minust included Oleg Elanchik, the editor-in-chief of Sota, in the list, as well as the organization “Nobel Appeal” – it was created by nine journalists, whom the agency had previously included in the register of foreign media

On Friday evening, November 26, the Ministry of Justice included one legal entity and one journalist in the register of mass media performing the function of foreign agents. Now there are 99 entries in the registry.

The Ministry of Justice recognized Oleg Elanchik, the editor-in-chief of Sota, as a foreign media agent.Vision and activist of human rights movements.

The telegram channel of the publication published an appeal by Elanchik, in which he stated that his entry into the register of foreign media agents had nothing to do with Sota.Vision. According to Elanchik, the management of the publication intends to do everything to continue the work. He admitted that a new editor-in-chief could be appointed.

Sota.Vision is an informational and analytical publication, it received a certificate of registration of the media in December 2015.

Shortly before him, the organization “Nobel Appeal” was added to the register. It was created by journalists whom the Ministry of Justice had previously included in the list of foreign media agents, including Elizaveta Surnacheva (a former correspondent of RBC, an employee of the publication “Currently”, recognized as a foreign media agent). Under Russian law, individuals entering the register are required to register a legal entity for reporting to the authorities.

The law on Media-foreign agents has existed in Russia since 2019, then edits to it were allowed to recognize individuals as such. According to it, media outlets that receive foreign funding must mark their materials with a special signature, and foreign ones are obliged to create Legal entities in Russia. A fine is provided for the absence of marking. In addition to labeling, foreign agents must also regularly provide the Ministry of Justice with reports on their activities, on how the money received from abroad was spent. Since the beginning of 2021, the register has been replenished by more than 80 positions.

Journalists have repeatedly called for the repeal of the law on foreign agents, the corresponding petition on the website Change.org more than 250 thousand people supported it. On October 21, the editor-in-chief of “Novaya Gazeta” Dmitry Muratov, winner of the Nobel Peace Prize for 2021, addressing Russian President Vladimir Putin, stated the need to finalize the law on foreign agents and get rid of “blurred criteria”, Putin promised to consider the issue.

In mid-October, the Union of Journalists of Russia and the Council for the Development of Civil Society and Human Rights (HRC) submitted their amendments to the law to the State Duma. The executive secretary of the HRC, Alexander Tochenov, clarified that they were in favor of recognizing the media as foreign agents only through the court.