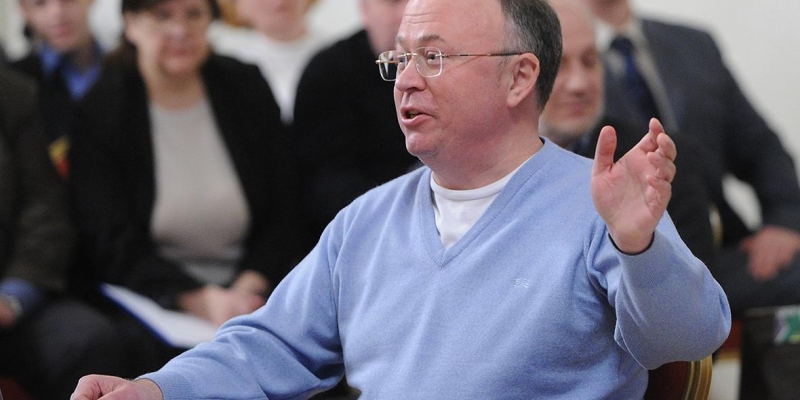 MThe Ministry of Internal Affairs put on the wanted list for journalist Karaulov after Rostec’s statement In early November, a search was conducted in the journalist’s house near Moscow on a libel application filed by Rostec. They accused Karaulov of “pseudo-journalism” and publishing unverified information, the journalist was abroad

The Ministry of Internal Affairs declared journalist Andrey Karaulov on the federal wanted list, his card appeared in the department’s register.

The ministry’s website states that the journalist was born on September 10, 1958 in Korolev, near Moscow (formerly Kaliningrad), special signs and a photo have not been added. In addition, the article of the Criminal Code that became the reason for the search is not mentioned.

RBC sent inquiries to Karaulov and to the press center of the Ministry of Internal Affairs of Russia.

Three weeks ago, on November 3, Karaulov’s house was searched. He said that people with machine guns tried to “use a grinder” to cut out the gate. The interlocutor of RBC clarified then that the investigators came to the journalist’s house in Naro-Fominsk. According to Karaulov, he is considered a witness in the case, he himself is abroad before heart surgery, but intends to return to Russia and sort out what happened.

Rostec explained the statement to RBC by saying that Karaulov “went far beyond professional ethics, engaging in, in fact, pseudo-journalism” and publishing materials that caused reputational damage to the head of the corporation. “Real journalism involves fact-checking using at least twosources, as well as an official appeal to the company for comments and clarifications,” the message emphasized. The company said that they asked law enforcement agencies to evaluate Karaulov’s activities, since the number of his publications with unverified information has recently increased by a multiple.

Karaulov called the searches in his house the second act of the play Ksenia Sobchak. Its commercial director Kirill Sukhanov was arrested at the end of October on charges of extorting 11 million rubles from Chemezov. According to investigators, the representatives of the head of Rostec demanded money for refusing to publish his defamatory information in the telegram channel “Put out the light”. Sobchak herself is not suspected of extortion, despite a search of her house.

Read on RBC Pro The Illusion of anxiety: how the mind makes a person worry for no reason Amendments for applicants for “Golden visas” in the UAE: what they are changing In which Russian stocks to invest in in 2023: the advice of analysts Shot “Aurora”: is there a future for the Russian operating system