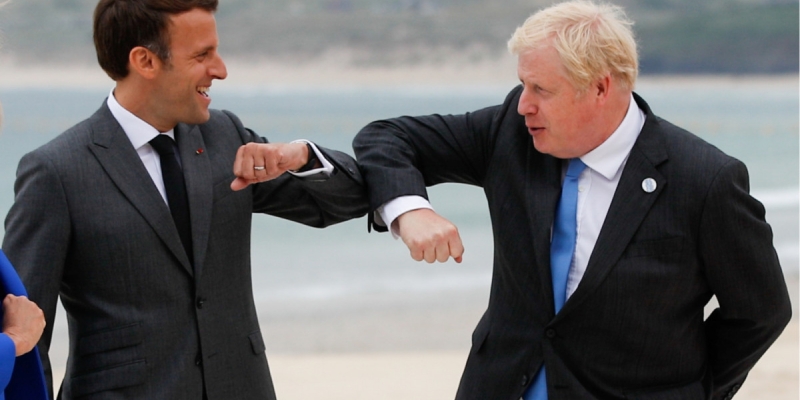 Paccording to The Telegraph, Johnson mentioned the agreement with Northern Ireland on Brexit, while Macron hinted that Northern Ireland is not part of Britain. This angered Johnson, the newspaper writes

According to the newspaper, Johnson spoke about negotiations with Northern Ireland over Britain’s exit from the EU and asked Macron what he would do if sausages from Toulouse could not be imported to Paris.

Macron said this, according to The Telegraph, that the comparison is incorrect, since Paris and Toulouse are in the same country. According to the newspaper, the French president “mistakenly assumed that Northern Ireland is not part of the United Kingdom”.

At the same time, Reuters writes, citing a source in the French diplomatic corps, that Johnson used the Brexit issue to distract attention from the real problems during the summit. According to the source, Macron told Johnson: “Don’t tell me you didn’t know what you were signing up for.”

On Saturday, Macron told Johnson about the need to “reset” relations between their countries, France24 reports, citing a source. At the same time, the French leader stressed that this is possible if Britain “keeps its word to the Europeans”, meaning that London fulfills all the conditions of the Brexit agreement.

The G7 summit was held in Cornwall. The leaders of the G7 countries discussed the fight against coronavirus and climate change, as well as relations with Russia and China. As a result, they agreed to allocate 2.3 billion doses of the COVID-19 vaccine to poor countries, as well as to speed up the production of drugs and their supplies, expressed interest in stable relations with Russia, and decided to reduce carbon emissions to zero no later than 2050.