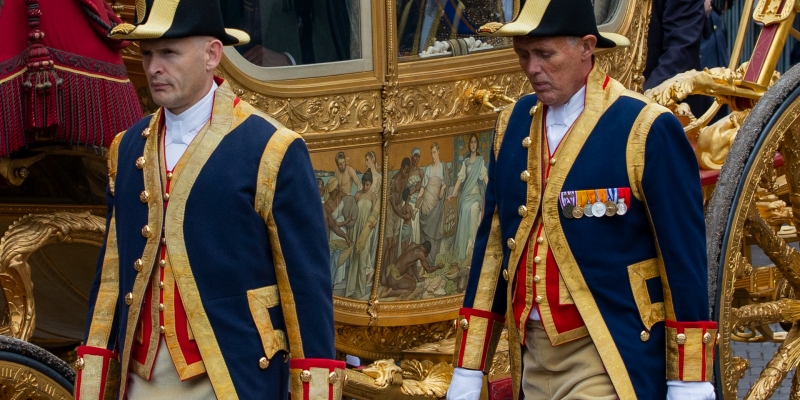 ToThe King of the Netherlands decided to abandon the “Golden Carriage” as a symbol of the colonial past, the king said that the image on the carriage door is offensive to most people. He admitted that it is pointless to deny the historical past and it “will continue to cast a shadow” on the country as long as there is discrimination

King Willem-Alexander of the Netherlands has announced that he and other members of the royal family will stop using the traditional “Golden Carriage” made in the XIX century, the BBC reports. The reason was the images decorating the carriage,— many perceive them as racist and glorifying the colonial past of the country.

We are talking about a drawing on the doors of a carriage called “Tribute from the colonies”. It depicts several Africans and Asians presenting gifts, including cocoa and sugar cane, to a white woman who symbolizes the Netherlands.

Next to the woman sits a man who hands people a book: according to the author of the work, artist Nicholas van der Waay, it represents a “gift of civilization” that the Netherlands presented to its colonies.

In his address, Willem-Alexander stated that “Tribute from the colonies” offends the feelings of most people. At the same time, he admitted that it is pointless to deny the historical past of the country and banning historical objects and symbols will not solve the problem. “As long as there are people living in the Netherlands who feel the burden of discrimination every day, our past will continue to cast a shadow over us,” the king added.

At the end of the XIX century, Queen Wilhelmina received a golden carriage as a gift from the residents of Amsterdam upon her accession to the throne. The royal family used it in ceremonial occasions, such as the monarch’s annual address to parliament. In 2015, the carriage was sent for restoration.

In the XVII century, the Netherlands and the territories that were in colonial dependence on them formed the Dutch Colonial Empire. By the XVIII century, it included Guiana, Indonesia, trading posts in India, Ceylon and the island of Formosa, as well as other territories. In the 1660s and 1670s, the Netherlands ceded its possessions in North America, including modern New York, to Great Britain, and in the XIX century also abandoned Ceylon and the Cape Colony in South Africa in its favor.

In the Netherlands, as in other European countries, disputes about the colonial past and slavery resumed after the appearance of the Black Lives Matter movement in the United States, The Guardian notes. Bloomberg named its founders among the main people of 2020. Last year, the movement claimed to receive the Nobel Peace Prize.

In July 2020, the Central Bank of the Netherlands decided to find out if its activities were connected with the support of slavery in the former colonies. The regulator made this decision on the example of the Bank of England, which decided to remove portraits of managers associated with the slave trade.

Last year, an exhibition dedicated to the country’s role in the slave trade was held at the Amsterdam Art Museum (Rijksmuseum), and Amsterdam Mayor Femke Halsema apologized for the city’s active participation in it.