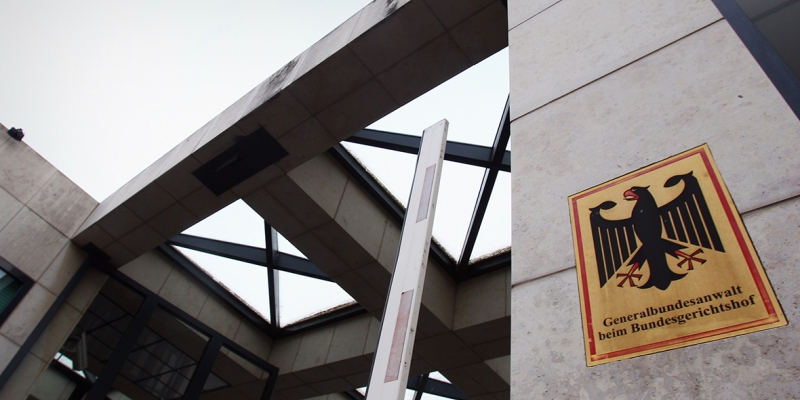 GThe Prosecutor General’s Office of Germany has filed charges of espionage against a Russian detained in June, according to the prosecutor’s office, a Russian who worked at a German university for a fee transferred information to Russian intelligence about European developments in the aerospace field

The building of the German Prosecutor General’s Office

The German Prosecutor’s office has charged Russian citizen Ilnur N. with working for Russian special services (the authorities do not give his full name). The charges were filed on December 9, the ministry said in a statement.

RBC has contacted the Russian Embassy in Germany for comment.

The accused was detained in June last year. According to the prosecutor’s office, he worked as a researcher at a university in Bavaria. In the period from October 2020 to June 2021, the Russian met at least three times with representatives of the SVR and transmitted information from the university for a monetary reward, the department said.

“Ilnur N. transmitted information about research projects in the field of aerospace technologies, in particular about the different stages of development of the Ariane launch vehicle,” the Prosecutor General’s Office said in a statement published on January 27. The accused received for these data €2,5 thousand

In October last year, a court in Berlin found 56-year-old German Jens F. guilty of espionage in favor of Russia and sentenced him to two years in prison on probation and a fine of 15 thousand (more than 1 million rubles). According to Deutsche Welle, he previously served as an officer of the tank division of Communist East Germany, and was also associated with the Ministry of State Security of the GDR.

According to the investigation, in 2017, Jens F. he worked for a security company that checked electronic devices in the buildings of the German parliament. He was able to obtain drawings of these buildings and tried to transfer them on a CD to an employee of the Russian embassy in Germany.