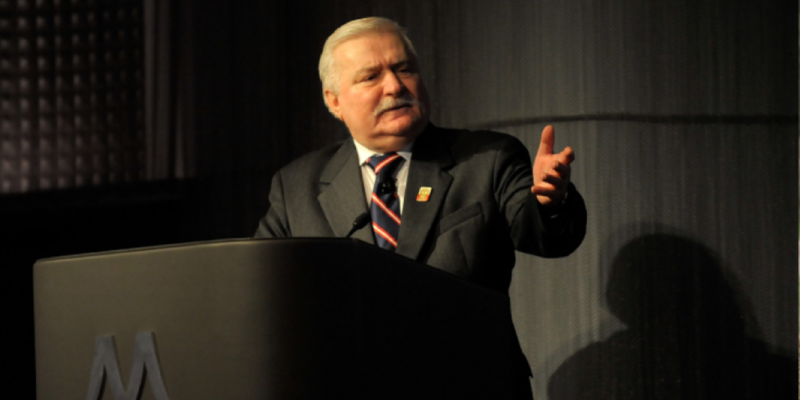 Germany should “put things in order” with Russia and then with China in order to live in peace in the future, Lech Walesa, president of Poland in 1990 and 1995, said in an interview with Fakt.

He also stated the need to strengthen propaganda aimed at Russians in order to show that there is a “bad political system” in the country.

Walesa made such a statement against the background of Germany’s hesitation on the issue of sending tanks to Ukraine. Warsaw has previously promised to provide such equipment to Kiev (namely Leopard tanks, which Germany also has). The Polish Foreign Ministry noted that Germany’s refusal to supply tanks to Ukraine could threaten Berlin with international isolation.

On January 25, Germany announced that it would send 14 Leopard 2 A6 tanks to Ukraine, the country’s Defense Ministry reported that they would be delivered in about three months. Russian Ambassador to Germany Sergey Nechaev noted that this is an “extremely dangerous” decision that takes the conflict to a new level of confrontation.

German Chancellor Olaf Scholz said that the tanks will be transferred to Ukraine in accordance with the “well-known line” of support from Germany. Earlier, Scholz, in an article for Foreign Affairs magazine, noted that Moscow, by launching a special operation in Ukraine, “destroyed the European and international architecture of the world, which took decades to create.”

Read on RBC Pro Learn to doubt: how uncertainty helps to make decisions The population of China has declined for the first time in 60 years. How it threatens the economy How learning a foreign language increases self-esteem and reduces stress IT specialist in six months: what online schools hide behind loud promises

The Chancellor stressed that authoritarianism and imperialist ambitions have been revived in Russia, but its revanchist imperialism must be stopped. According to Scholz, Germany in this situation should become a source of security in Europe.

Two days before the start of the special operation, President Vladimir Putin said that Russia was not going to restore the empire within the imperial borders. He called the demilitarization and denazification of Ukraine, as well as the protection of the population of Donbass, the objectives of the military operation.