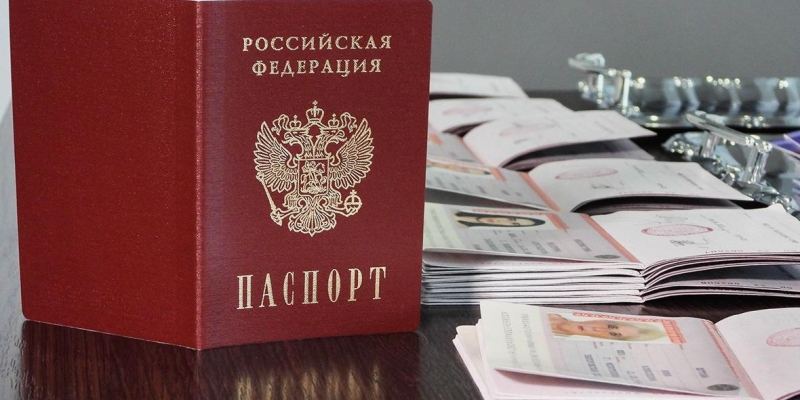 EThe European Parliament voted for the non-recognition of Russian passports issued in the Ukrainian territories annexed to Russia, as well as in Abkhazia and South Ossetia. Their holders will not be issued visas to enter the EU

MEPs approved by a majority of votes an agreement on the non-recognition of Russian passports issued on the territory of four regions annexed to Russia, as well as in Abkhazia and South Ossetia. «541 deputies voted for », seven were against, 34 abstained, according to the website of the European Parliament. Holders of such documents will not be able to obtain a visa to enter the EU.

An exception will be made for those holders of Russian passports who leave because of the military actions in Ukraine. They will still be able to enter the territory of the European Union for humanitarian reasons. The European Commission will have to initiate consultations with the member countries of the association and give them a list of travel documents, in particular foreign passports, which should not be accepted on the territory of the EU.

The decision of the European Parliament should be adopted by the EU Council and published in the Official Journal of the EU. It will take effect the day after publication. A preliminary agreement on the non-recognition of Russian passports issued in the territories annexed to Russia, in Abkhazia and South Ossetia, was reached by the European Parliament and the EU Council on November 10. On October 12, the EU permanent representatives agreed on a decision not to recognize Russian passports issued on the territory of the LPR, DPR, Kherson and Zaporozhye regions.

The authorities of the Zaporozhye and Kherson regions announced the start of issuing Russian passports on June 11, 2022.

Russian President Vladimir Putin incorporated the Donetsk and Lugansk People’s Republics, as well as the Zaporozhye and Kherson regions into Russia on September 30. On October 5, the President signed laws on the ratification of treaties on the admission of four territories to the country. Russia recognized the independence of Abkhazia and South Ossetia on August 6, 2008.

Authors Tags Poll: New Year is coming Tell RBC how you plan to celebrate the holiday