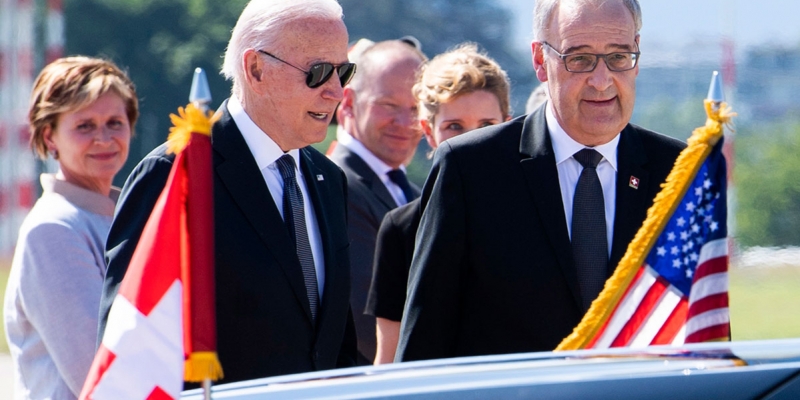 Guy Parmelin said after the meeting with Biden that he expects progress in relations between Russia and the United States after tomorrow’s summit in Geneva. The American president himself said that he is ready to meet with Putin

The upcoming meeting of the Presidents of Russia and the United States in Geneva is a hope for the entire international community. This was stated by Swiss President Guy Parmelin after a meeting with Joe Biden, reports 20 minuten.

“The meeting in Geneva gives a little hope to all world politics,” Parmelin said at a press conference after the talks.

The Swiss president expressed hope that the talks will make progress in relations between Moscow and Washington. He recalled that Switzerland has established “excellent contacts” with Russia, in which Bern particularly values sincerity.

The first summit of Vladimir Putin and Joe Biden will be held at the Villa La Grange in Geneva on June 16. The American leader has already arrived in Switzerland. During the meeting with Parmelin, he said that he was ready for talks with his Russian counterpart.

According to Putin’s press secretary Dmitry Peskov, the meeting will last four to five hours, taking into account breaks. It will consist of three parts: a meeting in a narrow format, an extended meeting and the continuation of negotiations after a coffee break.

In addition to the presidents, Russian Foreign Minister Sergey Lavrov and US Secretary of State Anthony Blinken will participate in the talks in a narrow format. According to Putin’s aide Yuri Ushakov, the presidents will discuss “almost all the topics that are currently of concern to us and the American side,” including the state and prospects for the development of Russian-American relations, issues of strategic stability, the fight against cybercrime, issues of economic cooperation, the climate and the Arctic.

There will be no joint press conference following the meeting-the leaders will address the journalists separately. The NYT reported that Moscow offered to hold a joint press conference, but Washington refused. As a reason, the newspaper pointed to a joint briefing by Vladimir Putin and Donald Trump in 2018, at which the Russian leader “got the better” of the American president.

Both Russia and the United States on the eve of the summit advised the international community not to make high expectations. Russian Foreign Minister Sergei Lavrov said that Moscow does not expect any breakthroughs from the meeting. But he stressed that the very fact of the meeting of the leaders of the two leading nuclear powers is an optimistic sign.