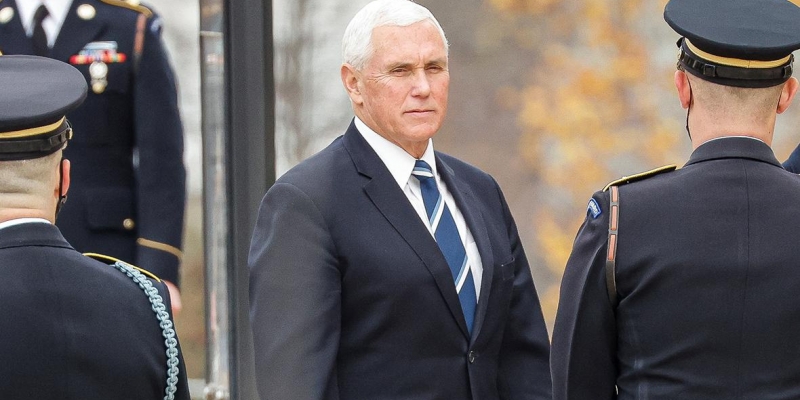 In Secret documents were found in the house of former US Vice President Mike Pence. Mike Pence became the next hero of scandals related to the storage of secret documents at home. Hillary Clinton, Donald Trump and Joe Biden have previously been on similar cases

The papers were found on January 16 at his home in Indiana. They were found by Pence’s lawyers, who checked compliance with the rules for storing documents.

On January 18, Pence informed the National Archives, then the archive reported the incident to the FBI in accordance with standard procedure.

According to Pence’s team, after the documents with secret markings were discovered, they were immediately placed in a safe.

The previous scandal with the storage of secret documents at home broke out after the papers were found in the house of incumbent President Joe Biden. First, at the end of 2022, the papers were found in the Penn Biden Center, an analytical center associated with Biden. They related to the period of his work as vice president under the administration of Barack Obama in 2013–2016. Among the papers were American intelligence reports and briefing materials concerning Ukraine, Iran and the UK. The American leader expressed surprise that they were found there.

Biden’s aides later found a second batch of classified documents, this time at his home in Delaware. The president himself publicly admitted that they were stored in a closed garage.

After that, US Attorney General Merrick Garland appointed a special prosecutor to investigate the case, he became the former chief prosecutor of Maryland Robert Hur.

The scandal attracted universal attention due to the fact that Donald Trump, Biden’s predecessor in the White House, was already being investigated for such charges. At the same time, the documents in the Mar-a-Lago estate in Florida were not searched by Trump’s lawyers, but by FBI agents – it was a full-fledged search. Trump became the first ex-president of the United States, whose house was searched.

Agents found more than tens of thousands of government papers that were to be deposited in the National Archives, including classified documents. After the searches, Trump claimed that he was ready to voluntarily give the agents the documents seized from him and that they had been declassified. The FBI suspected the ex-president of violating the espionage law. In the House of Representatives, which was controlled by Democrats at the time, they called on the National Intelligence Service to check him for violations of this law.