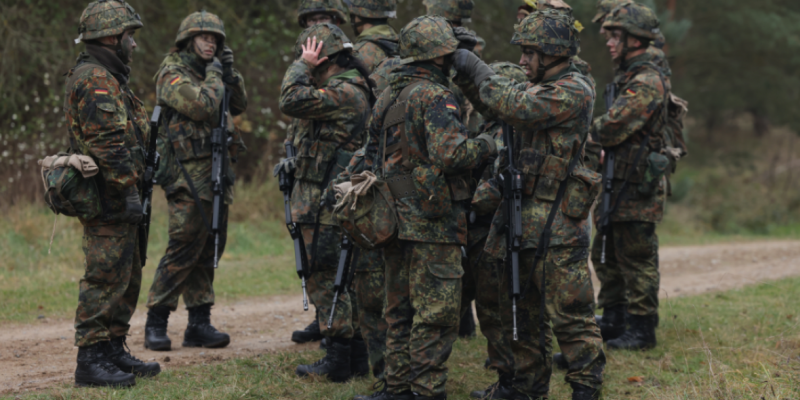 ShGerman Chancellor Olaf Scholz ruled out sending planes to Ukraine and creating a no-fly zone there. German Chancellor Olaf Scholz ruled out direct participation of NATO soldiers in combat operations in Ukraine and the creation of a no-fly zone over the country. He noted that the same position is held by US President Joe Biden

Germany, despite the decision to supply Leopard 2 tanks to Kiev, “under no circumstances” intends to send troops or combat aircraft to Ukraine, German Chancellor Olaf Scholz said.

According to the Chancellor, he made it clear at the beginning of the hostilities that “there can be no question of combat aircraft,” and his position remained the same. Scholz also said that he, along with US President Joe Biden, opposed the creation of a no-fly zone over Ukraine from the very beginning. “We won’t do that. And nothing in this regard has changed and will not change,” he assured (quoted by Tagesschau).

“We will not send ground troops under any circumstances. There will be no direct participation of NATO soldiers in the fighting in Ukraine. This has not happened so far and will not happen in the future,” Scholz said, noting that Biden also expressed the same position.

Berlin intends to transfer 14 Leopard 2 A6 tanks to Kiev, they can arrive in Ukraine in three months, German Defense Minister Boris Pistorius believes. Germany has also allowed the re-export of tanks to other countries that have this equipment in service, will provide ammunition and technical support, and training of Ukrainian servicemen to handle them will begin on the territory of the country.

Poland is also ready to deliver Leopard. The UK has promised to hand over Challenger 2 tanks to Kiev.Earlier, France (light wheeled AMX-10 RC) announced its readiness to transfer tanks to Ukraine.

The Russian side claims that the supply of Western tanks to the Ukrainian army can “tighten the situation” in the zone of military operation, but are not able to change it. The Russian ambassador to Germany, Sergei Sechaev, believes that the transfer of this technique to Kiev contradicts Berlin’s statements about its unwillingness to get involved in the conflict. According to the diplomat, Western countries are set for “permanent escalation”.