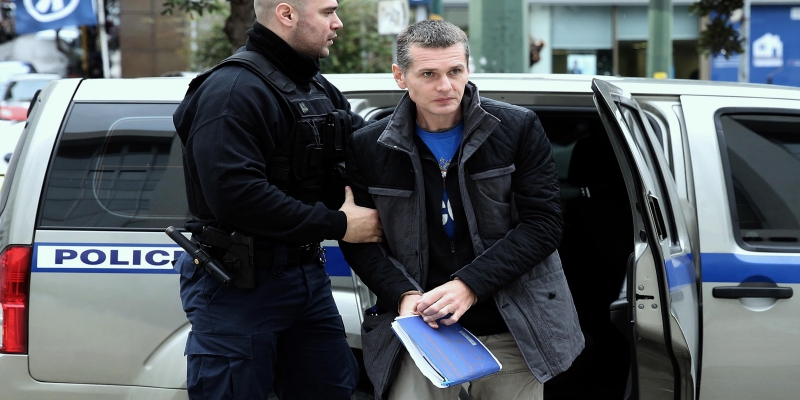 PAlexander Vinnik, suspected of creating the BTC-e crypto exchange and money laundering, appeared before the federal court in San Francisco for the first time. In the USA, a Russian faces more than 50 years in prison

Russian Alexander Vinnik, whom the US authorities suspect of money laundering, appeared in court in California. This was reported by the US Department of Justice.

“Today he [Vinnik] appeared before the federal court in San Francisco for the first time,” the Ministry of Justice said.

The case of the Russian was considered by U.S. Magistrate Sally Kim.

The indictment says that Vinnik and the BTC-e cryptocurrency exchange, which, according to Washington, was created by a Russian, are accused of introducing unlicensed business, conspiring to launder money and participating in illegal monetary transactions. As noted by Cointelegraph, he faces up to 55 years in prison in the United States.

Vinnik was detained in Greece in 2017, at the request of the United States, which suspects him of creating the BTC-e crypto exchange and laundering $4 billion through it. In 2020, he was extradited to France, where he served his sentence for money laundering (a Paris court sentenced him to five years in prison). In August of this year, the Russian was again sent to Greece for further extradition to the United States.

Vinnik’s family said the day before that he was taken from there on a private plane to Boston, from where he was already taken to San Francisco. Later, the Russian Embassy in Washington reported that the United States had notified diplomats of Vinnik’s arrest.

Read on RBC Pro Pro The recipe for banner blindness: which advertising is most effective today Articles Pro Is it enough for health to train for half an hour a day Articles Pro To escape from the Federal Tax Service: how an Honest Company can Avoid Accusations of Cashing Out Instructions Pro How the departure of large retailers can change lease agreementsPro Forecasts How Billionaires Protect Themselves from Inflation: options from Munger and Dalio Articles Pro Companies change software at extreme speeds. What mistakes they make Instructions Pro Ban on the marketplace: what risks the seller of parallel import goods Article Pro “The worst corporation” in the world: what it’s like to work at Walmart in 4 paragraphs of the Article

The Russian Foreign Ministry said that Moscow is outraged by the actions of the Greek authorities, who, “under pressure from the United States,” extradited Vinnik “to the punishment of the American punitive justice.” According to the Russian side, consular staff of the diplomatic mission, his lawyer and translator were not allowed to see him in Athens. Moreover, the ministry said, Greece ignored repeated requests for Vinnik’s extradition to Russia.

In addition to the United States and France, Vinnik’s extradition was sought by Russia, to whose authorities he confessed in 2018 to embezzling 750 million rubles. Vinnik claimed that he wanted “voluntary” extradition to his homeland.