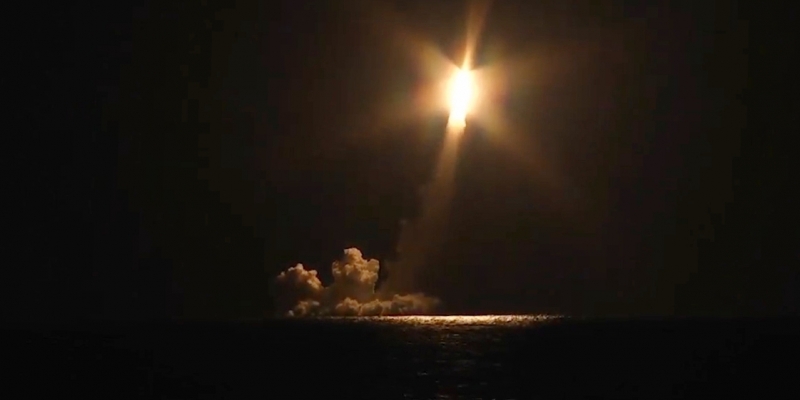 The total number of deployed nuclear warheads has increased by 105 since 2020, to 3,825. At the same time, about 2 thousand of them were on high alert, almost all of them belonged to Russia and the United States

The number of deployed nuclear weapons in the world as of the beginning of 2021 has increased, with a significant part being under the operational control of Russia and the United States, according to a new report by the Stockholm Peace Research Institute (SIPRI).

According to him, the total number of nuclear weapons at the beginning of 2021 was 13080, which is 320 units less than the states had at the beginning of 2020 (according to SIPRI estimates). However, the total number of nuclear weapons currently deployed has increased from 3,720 last year to 3,825 this year. And about 2 thousand of them were on high alert, almost all of them belonged to Russia and the United States.

“While the United States and Russia continued to reduce their total nuclear weapons stockpiles by dismantling decommissioned warheads in 2020, it is estimated that both countries had approximately 50 more nuclear warheads in operational deployment in early 2021 than a year earlier. Russia has also increased its total military nuclear arsenal by about 180 warheads, mainly through the deployment of more land-based intercontinental ballistic missiles (ICBMs) and submarine-launched ballistic missiles (SLBMs)», & mdash; says the SIPRI report.

The Institute notes that Russia and the United States account for more than 90% of the world’s nuclear weapons, and both states have extensive and expensive programs to modernize nuclear warheads.

“The total number of warheads in global military arsenals now appears to be increasing, and this is a worrying sign that the downward trend that has characterized global nuclear arsenals since the end of the Cold War has stalled,” said Hans Christensen, an associate researcher at SIPRI’s Disarmament, Arms Control and Non-Proliferation Program.

He also suggested that Russia and the United States attach more and more importance to nuclear weapons in the context of their national security.

According to the International Campaign for the Elimination of Nuclear Weapons (ICAN), Russia ranks third in the world in terms of spending on this type of weapon after the United States and China. In 2020, the state spent $8 billion. For the US, this figure is $37.4 billion, for China – $10.1 billion