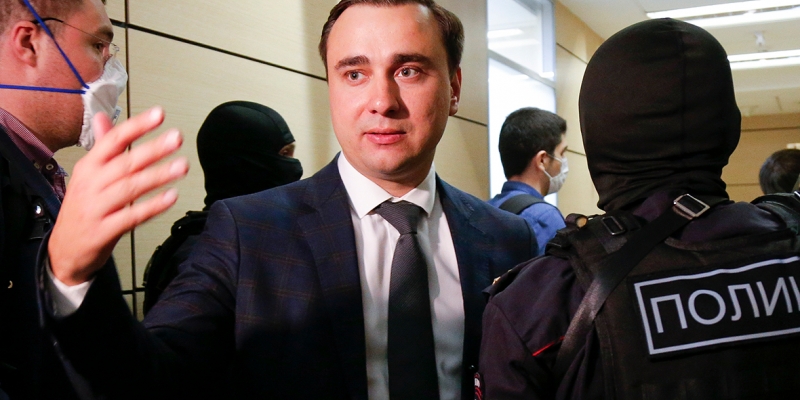 Inclusion in the register of Rosfinmonitoring leads to the blocking of accounts and the restriction of the ability to dispose of their own money. It is allowed to spend no more than 10 thousand rubles per month for each family member.

The Federal Financial Monitoring Service (Rosfinmonitoring) has added two associates of opposition leader Alexei Navalny, Ivan Zhdanov and Leonid Volkov, to the list of persons with regard to whom there is information about involvement in extremist activities or terrorism.

According to the rules for forming a list of terrorists and extremists, Rosfinmonitoring can include in the list those citizens against whom there is information about involvement in extremist or terrorist activities. Such information can be passed to the regulator by the Investigative Committee, the Prosecutor General’s Office, the Ministry of Justice, the FSB and the Interior Ministry. In particular, according to the law, the basis for inclusion in the list may beinitiation of a criminal case under Article 282.3 of the Criminal Code of the Russian Federation (financing of extremist activity). So, last August, the Investigative Committee initiated a case under this article in the relationship of Volkov and Zhdanov:the reason was a video posted on the Internet, calling on “an unlimited circle of people to support “Navalny’s team” and to finance them by donating at the link they indicated.”

Inclusion in the register leads to the blocking of bank accounts, from which it is allowed to withdraw and spend only limited amounts to ensure one’s life, as well as the life of his family members living together with him [included] who do not have independent sources of income. It is allowed to spend no more than 10 thousand rubles per month for each person .

Additional funds are allowed to be spent on the payment of taxes, fines, other mandatory payments, as well as the repayment of loans taken before entering into the register.

In the same month, the Financial Monitoring Service added blogger Yuri Khovansky to its register, against whom a case was initiated on the justification of terrorism because of a song about the musical “Nord-Ost”.

Earlier, the agency also included in the list the Anti-Corruption Fund and the Headquarters of Alexei Navalny (both organizations are recognized as foreign agents, extremist and banned in Russia), journalist Arkady Babchenko and the defendants in the case of “New Greatness” about the creation of an extremist organization.

Last June, Russian President Vladimir Putin signed a law banning participation in elections for persons involved in the activities of extremist and terrorist organizations. Those who are somehow connected with such organizations cannot apply for any elective position for a certain period.