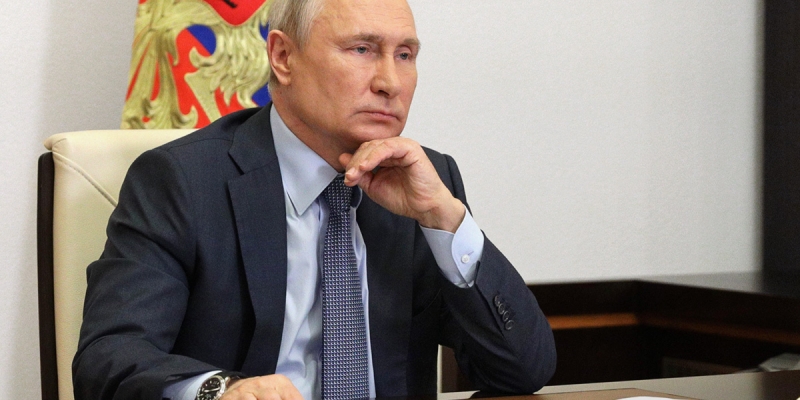 The President said that first of all, the parties intend to restore personal contacts and direct dialogue, as well as to create really functioning mechanisms in areas in which Russia and the United States have mutual interests.

Russian President Vladimir Putin in an interview with the host of the program ” Moscow. The Kremlin. Putin told Pavel Zarubin, a fragment of which appeared on the media platform “We are watching”, the main expectations from the meeting with US President Joe Biden, which is due to take place in Switzerland next week.

“To restore our personal contacts and relations, to establish a direct dialogue, to create really functioning mechanisms in those areas that represent mutual interests, as I have already said,” the head of state said.

According to Putin, the summit will not be in vain if it is possible to create mechanisms for cooperation in various areas. Among them, the President mentioned strategic stability, regional conflicts, the global environment, as well as economic cooperation. “If we create mechanisms for working in all these areas after this meeting, I think it would be a good thing. It could be said that the meeting was not without reason, ” he said.

Speaking about the reduction of negative rhetoric against Moscow from Washington, Putin noted that it is not worth deluding yourself in this regard, since before meetings at the highest level, the parties always try to reduce the degree of negativity. This, as the head of state stressed, is done in order to create a favorable environment for work. “There is nothing special here, I have not been deceived by anything here. This is a professional approach. For our part, we are also doing this, ” the president concluded.

Another aggravation of the contradictions between Russia and the United States occurred in March, after the United States imposed anti-Russian sanctions on charges of trying to poison opposition leader Alexei Navalny. Also in March, Joe Biden, in an interview with ABC News, answered in the affirmative when asked if he considers Vladimir Putin a murderer. On March 17, the Russian ambassador to the United States, Anatoly Antonov, was invited to Moscow for consultations, and in April, his American counterpart, John Sullivan, left for Washington.

On April 15, the US administration imposed new restrictions on Russia, accusing Moscow, among other things, of trying to influence the policies of the US and its allies and of committing hacker attacks. Restrictions apply to Russian federal loan bonds (OFZ). America also expelled ten Russian diplomats.

On April 16, Russia responded to US sanctions by expelling ten US diplomats from the country and restricting the work of the remaining ones. On May 14, the United States, along with the Czech Republic, were added to the list of unfriendly countries. According to this decision, the American embassy is now prohibited from hiring Russians.

A few days earlier, on April 13, Putin and Biden had a telephone conversation, during which the US president offered to meet in person and discuss relations between Moscow and Washington. The Russian side has agreed to this. As a result, Geneva was chosen as the meeting place for the heads of state. The summit is scheduled for June 16.