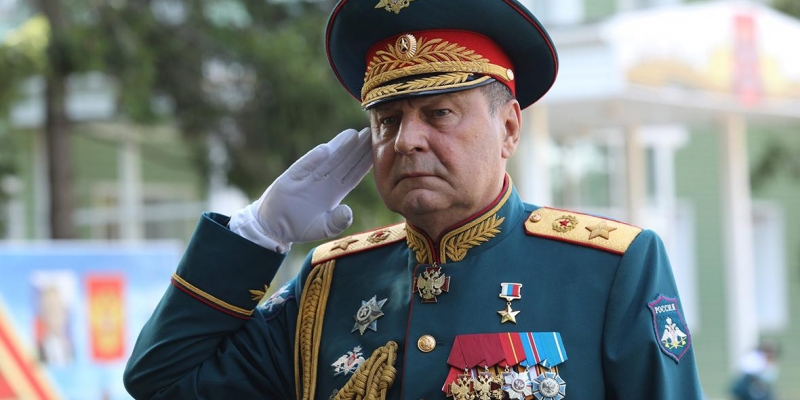 DMitri Bulgakov will resign in connection with the transition to another position. He will be replaced as the head of logistics of the army by Mikhail Mizintsev

Deputy Defense Minister General of the Army Dmitry Bulgakov, who was responsible for the logistics of the Armed Forces, has been relieved of his post, the Defense Ministry said.

The ministry said that Bulgakov was moving to another job, but did not specify which one.

Colonel-General Mikhail Mizintsev, who previously held the position of head of the National Defense Management Center of Russia, was appointed to the post of Deputy Defense Minister, the ministry said. He will also be responsible for the logistics of the Armed Forces.

This is the first reshuffle in the Russian Ministry of Defense since the beginning of the military operation in Ukraine, which was officially announced.

Dmitry Bulgakov graduated from the Volsky Higher Military School of the Rear in 1976 and from the Military Academy of the Rear and Transport in 1984. After that, he served in various administrative positions of the first-order food warehouse, reached the position of deputy chief of the rear of the Trans-Baikal Military District.

Read on RBC Pro Pro Five anti-stress practices that will help better control emotions Instructions Pro Existential Horror: why Apple intimidates customers Articles Pro Four reactions to fear that will only strengthen its Articles Pro “Demon Rides” and a minimum of publicity: how Keanu Reeves lives Articles Pro What exactly you shouldn’t do if you are anxious: 5 tips Instructions Pro Clamped shoulders and neck: 5 exercises to relieve tension Instructions Pro Which assets are safer to invest in in a crisis Articles Pro “Used to — and period”: why the controversial fast food brand eventually caught on Articles

Since July 2010, he has served as Deputy Minister of Defense. In this position, he was responsible for organizing the logistics of the Armed Forces, in particular, he supervised the work on providing troops with weapons and military equipment. In addition, Bulgakov was responsible for military transportation, the condition and reconstruction of roads and railways in use by the Ministry of Defense, the operation of buildings of military units and organizations of the army, veterinary and phytosanitary surveillance, fire protection and environmental safety measures.

He was awarded the Orders of “For Services to the Fatherland” II, III and IV degrees, Alexander Nevsky, Honor, “For Military Merit”, “For service to the Motherland in the Armed Forces of the USSR”III degree. He has the title of Hero of Russia. Doctor of Economics, Professor.

Mikhail Mizintsev graduated in 1980 from the Kalinin Suvorov Military School, from 1980 to 1984 he studied at the Kiev Higher Combined Arms Command School.

He was awarded the Orders “For Services to the Fatherland” II degree, Honor, “For service to the Motherland in the Armed Forces of the USSR”III degree.