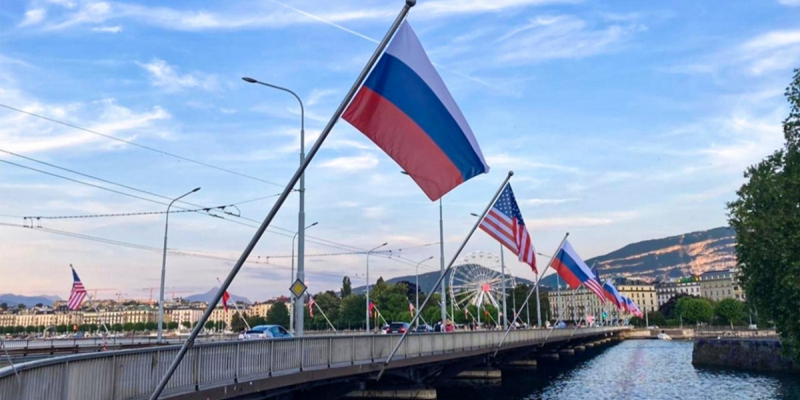 The representative of the president noted that the United States “added rhetoric” in favor of dialogue, which is “an undeniable positive”. At the same time, the United States did not refuse to talk with Moscow in terms of deterrence and pressure

The rhetoric of the United States before the meeting of the Presidents of Russia and the United States, Vladimir Putin and Joe Biden in Geneva, “added positive”, this will be taken into account during the negotiations, said the representative of the Russian president Dmitry Peskov.

“Clear signals were sent to Moscow on the eve of the Russian-American talks, and the rhetoric in favor of the need for dialogue was added, which is an undeniable positive. This positive, of course, will be taken into account by the president. But at the same time, there are still notes in favor of the fact that it is necessary to talk to Moscow through deterrence, through pressure, and so on, ” the presidential representative said.

He noted that both Putin and Biden have “intentions to speak”.

On Saturday, June 12, White House press Secretary Jen Psaki said that the United States expects to find ways to improve relations between the countries at the Putin-Biden summit. “The meeting is organized precisely because of the existing differences,”…> because of a hostile relationship. And we expect to find a way forward, ” she stressed.

Later, Biden’s national security aide, Jake Sullivan, noted that there are areas for the United States in which it is in Washington’s interests to find a basis for working with Russia. Among them, he called strategic stability, Syria and the issue of access to humanitarian aid, the Arctic.

Dmitry Peskov also spoke about some details of the upcoming summit, which will begin in a few hours. So, for example, the presidents will communicate as much as they deem necessary, no one restricts them in time. “Heads of state” – they are heads of state. If they find it necessary to talk face-to-face, they will talk face-to-face, and the time is also not fixed for the presidents. It will be absolutely their choice, ” Peskov explained.

According to him, Putin and Biden will begin negotiations with the participation of Russian Foreign Minister Sergei Lavrov and US Secretary of State Anthony Blinken, but later they will be able to hold face-to-face talks if they see fit.

As for the agenda of the negotiations, bilateral relations are its cornerstone, but in addition, the presidents will have to “sort out all the rubble” in the accumulated issues, including those related to Russian diplomatic property in the United States, Peskov said. In addition, the heads of state will have to decide what to do next with the Russian and American ambassadors, who, amid a diplomatic scandal, left the countries of their destination and temporarily returned to their homeland. “This will be the decision of the two presidents,” Peskov stressed.

Putin and Biden will also discuss the lack of dialogue in areas such as the fight against terrorism and information security.

On the eve of Peskov reported that the talks between Putin and Biden will last about four to five hours, taking into account breaks. Three parts of the summit are planned: a conversation in a narrow format, then in an expanded format, and then, after a break, the continuation of negotiations.

There will be no joint briefing of the presidents on the results of the negotiations. As The New York Times wrote, the proposal for a joint conference came from Moscow, but Washington rejected it. According to the publication, the reason was that in 2018, after a meeting with the previous US President Donald Trump, Vladimir Putin “got the upper hand”over him.

Biden, in turn, stated that the briefing is not a competition, but an opportunity to clearly explain what the relations between the countries are.