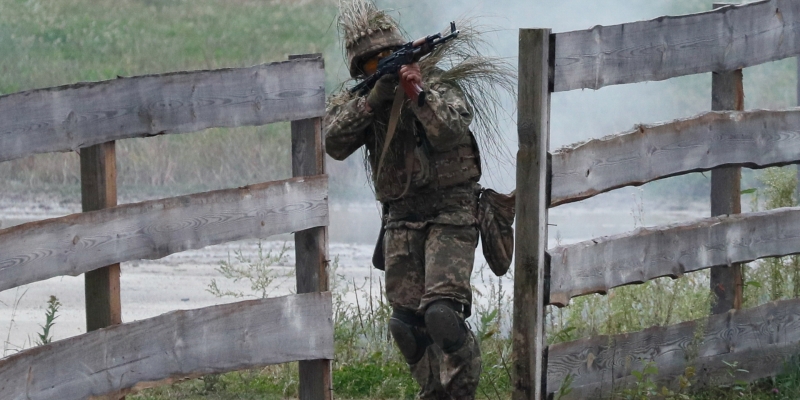 NYT: In case of escalation, the United States will train Ukrainian fighters in Poland, Slovakia and Romania, according to the newspaper, in case of a Russian “invasion”, Washington can organize the training of Ukrainian fighters in Poland, Romania and Slovakia. The United States and its NATO allies will supply Ukraine with weapons and medical equipment

The US authorities are considering the possibility of providing assistance to the “Ukrainian rebels” in the event of a “Russian invasion” of Ukraine. This is reported by The New York Times with reference to representatives of the American administration.

According to the newspaper, as part of helping Kiev, Washington can organize the training of Ukrainian fighters on the territory of three countries from the eastern flank of NATO – Poland, Romania and Slovakia.

According to the interlocutors of the publication, the United States and its NATO allies intend to provide Ukraine with logistical support and supply weapons. In addition, they say, Washington and other members of the North Atlantic Alliance will ensure the supply of medical equipment and services to Ukraine, and will also be ready to provide asylum in the event of a Russian offensive.

According to the NYT, which refers to senior officials of the administration of US President Joe Biden, in the event of an escalation of the situation, the Ministry of Defense and the CIA intend to provide military assistance to Ukraine, and it will come openly from the Pentagon, and secretly from the intelligence agency.

Russia has repeatedly rejected reports of an impending “invasion” of Ukraine and called them an escalation of tension. The Kremlin stressed that Moscow has no “aggressive plans” in relation to other countries. The topic of a possible “attack” by the Russian side on Ukraine began to rise in the Western media in the fall of 2021, and concerns about this were also expressed by the US authorities.

On January 14, the NYT and CNN reported that the United States has data on Moscow’s preparation of a task force to conduct an operation in eastern Ukraine under a false flag. According to CNN, the Biden administration believes that Russia may throw saboteurs a few weeks before the “military invasion”, which may begin in the period from mid-January to mid-February. This was later announced by the White House. The press secretary of the President of Russia Dmitry Peskov called these data unfounded.

At the beginning of the month, CNN reported that the United States would provide $200 million in military assistance to Ukraine, which the administration of President Joe Biden secretly approved. According to the channel, the new aid package provides for sending the same defensive equipment as before, including small arms, ammunition, protected radio stations, medical equipment. PoliticoShe wrote that as part of Kiev’s support, Washington would hand over a radar system and marine equipment to him. In addition, White House spokeswoman Jen Psaki reported that the United States is exploring the option of sending military personnel to Eastern European countries if relations between Russia and Ukraine worsen even more.