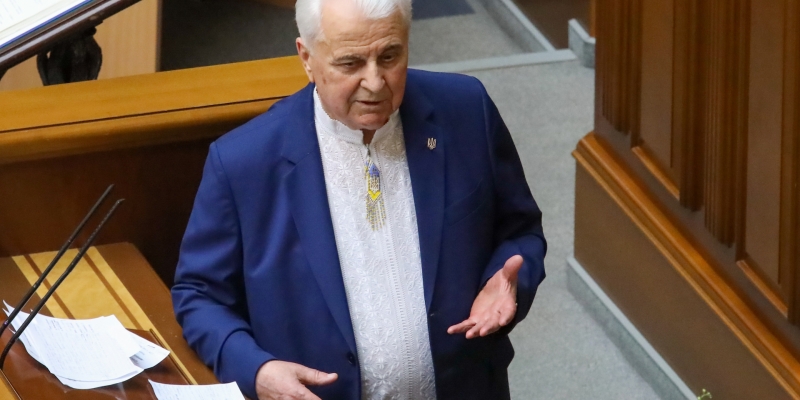 In at the end of June, the entourage of the first president of Ukraine reported about his health problems, because of this, Leonid Kravchuk did not participate in official and working events. 87-year-old politician underwent heart surgery

The first president of Ukraine, the head of the Ukrainian delegation to the Trilateral Contact Group (TGC) Leonid Kravchuk has been in intensive care for almost a month after undergoing heart surgery, the publication “Details” reports with reference to the politician’s assistant Oksana Sibirtseva. According to her, he was connected to a ventilator.

The fact that Kravchuk is on a ventilator was also reported by the Ukrainian “24 Channel” and “RBC-Ukraine” with reference to the entourage of the first president.

“It was a very difficult operation. We don’t know much about the details ourselves. We only know that it was necessary to operate urgently, ” Sibirtseva said. According to her, the dynamics of recovery of 87-year-old Kravchuk is very slow.

At the end of June, the representative of the Trilateral Contact Group, Alexey Arestovich, said that Kravchuk had undergone surgery. He did not specify when exactly this happened. “He asked not to comment, nothing but the fact itself,” Arestovich told the publication Liga.net.

Before that, Sibirtseva told the publication “Suspilne” that due to the state of health of the politician does not take part in any official and working events, doctors forbade him to work. Because of this, Kravchuk missed the solemn meeting of the Verkhovna Rada on the occasion of the 25th anniversary of the adoption of the Constitution on June 28.

Then Kravchuk’s entourage reported that he would not take part in the meetings of the TGC until the end of the summer. The office of President Vladimir Zelensky is not yet considering replacing Kravchuk in the group.

Leonid Kravchuk was the first president of Ukraine from 1991-1994. On behalf of the Ukrainian state, in December 1991, he signed the Belovezhskaya Agreements on the termination of the existence of the USSR with the Presidents of Russia and Belarus. In July 2020, Kravchuk became the Head of the Ukrainian delegation in the contact group. Before that, it was headed by another ex-President of Ukraine, Leonid Kuchma.