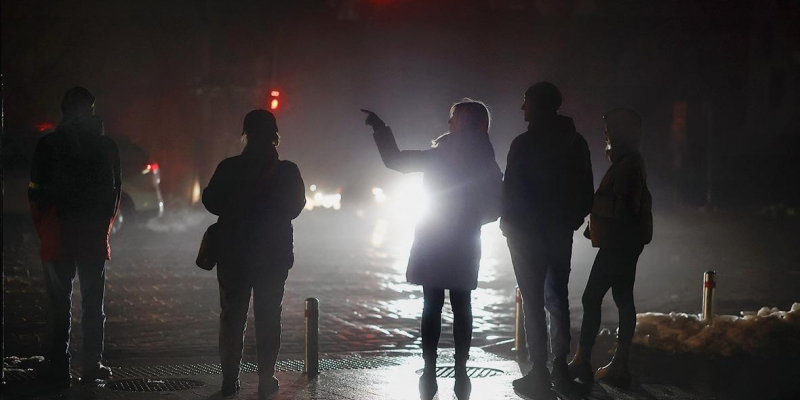 MThe Mayor of Kiev also did not rule out that due to problems with heat and electricity, social institutions, including orphanages and nursing homes, may move to the suburbs

Kiev residents who have the opportunity to move to private homes where there is stove heating, wells or wells, it is better to leave the capital for a while, said the mayor of the Ukrainian capital Vitali Klitschko.

“If one of you has a house in the suburbs of Kiev, if there are acquaintances or friends with a house where there is a stove, heat, independent water supply, then it would be nice to count on being there temporarily,” Klitschko said (quote from the Country.ua»).

The mayor spoke out against the complete evacuation of Kiev residents, but did not rule out “temporary relocation of certain categories of people”. “We are considering the possibility that some people may move to the suburbs of Kiev: orphanages, nursing homes. It cannot be called an evacuation, but we are considering the temporary relocation of some groups of the population,” he said.

On November 23, the Ministry of Energy of Ukraine reported a power outage for most residents of the country after missile strikes. The ministry warned that problems with the supply of electricity could cause interruptions in heat and water supply. Klitschko said that a hit to an energy infrastructure facility was recorded in Kiev. On the morning of November 24, he reported that more than two-thirds of Kiev remains without electricity.

Due to problems in the energy infrastructure, President of Ukraine Volodymyr Zelensky announced the creation of 4 thousand «points of invincibility— protected places where there will be electricity, Internet, heat and food, regardless of whether there will be electricity in the city. “Points of invincibility” will be opened in case of new rocket attacks on the country.

Russia has been striking Ukraine’s energy infrastructure since the beginning of October. For the first time such an attack occurred after the explosion on the Crimean Bridge, which Moscow blames Kiev. The Kremlin pointed out that the missile targets are objects that are directly or indirectly related to the military potential of Ukraine and the Ukrainian regime.

Read on RBC Pro Pressed to the nail: Russians have become more likely to invest in a ready-made business The illusion of anxiety: how the mind makes a person worry for no reason The EU Embargo: what will happen to Russian oil companies and stocks Why Sbermarket and Ozon fail to shake up the market of b2b marketplaces