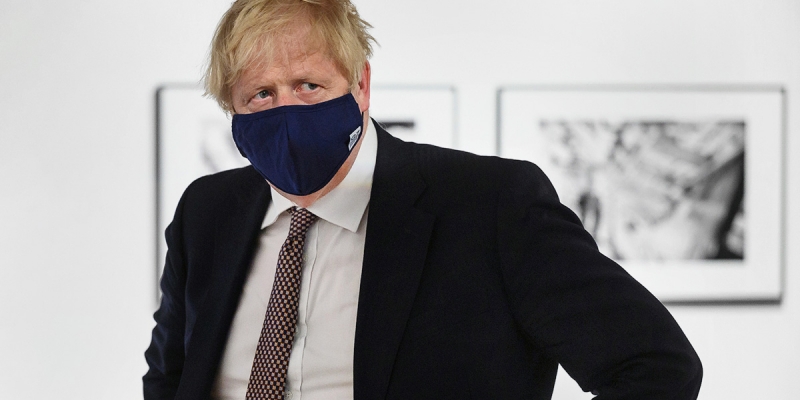 The British prime minister said that London could suspend part of the Brexit agreement if the EU does not compromise on the issue of facilitating the supply of goods to Northern Ireland. The European Union in this case promises to take retaliatory measures

British Prime Minister Boris Johnson has clashed with European Union leaders, warning them that London may suspend part of the Brexit agreement if the dispute over the rules of trade in goods supplied to Northern Ireland is not resolved, writes Bloomberg.

The head of the British government on the sidelines of the G7 summit said that Britain could start acting unilaterally if the EU does not compromise on the issue of facilitating the flow of goods to Northern Ireland. “I think that if the protocol [on Northern Ireland] continues to be applied in this way, then we will obviously not hesitate to apply article 16,” Johnson said.

Article 16 of the withdrawal agreement describes a mechanism that allows either party to intervene and suspend part of the transaction if the application of the protocol creates “serious economic, social or environmental difficulties”.

“I’ve been talking to some of our friends who seem to misunderstand that the UK is a single country, a single territory. I just need to get it into their heads, ” Johnson said, referring to German Chancellor Angela Merkel, French President Emmanuel Macron and European Commission President Ursula von der Leyen.

As Bloomberg notes, the escalation between London and Brussels on this issue followed a series of tense meetings between Johnson and EU representatives. Several European officials confirmed to the agency that there are serious differences behind closed doors. “Now they have spilled out,” writes Bloomberg.

The European Union, for its part, has threatened to take retaliatory measures if the British government violates the terms of the agreement, the agency reports, emphasizing that it is not yet known whether Johnson will carry out his plans to the end and how far each side is ready to go in this war of words.

The Director General of the World Trade Organization (WTO), Ngozi Okonjo-Iweala, on the sidelines of the G7 summit, expressed hope that a trade war between the UK and the EU will not happen. “It’s too expensive for both sides. This is not what the world needs right now, ” she says.

One EU negotiator told Bloomberg that while a pragmatic solution would need to be found, it would be wrong for the UK to assume that the 27-nation bloc would simply forget about the protocol. Another EU official said the rhetoric needed to be toned down and that the union’s member states agreed.

According to the trade agreement concluded in December last year between the EU and the UK, Northern Ireland, which left the European Union as part of the United Kingdom, remained part of the EU customs territory. The dual status made it possible to avoid the appearance of a border between it and the independent Republic of Ireland, which is part of the EU, but because of this, there werecontrolled procedures have been introduced in Northern Irish ports for the transport of a number of goods from other parts of the UK. Ensuring the transparency of the border on the island of Ireland was necessary to preserve the Belfast Agreement of 1998, which ended the armed confrontation between Protestant Loyalists and Catholic nationalists in Northern Ireland.

The deal with the EU assumed that in the first stage, each of the food categories would be delivered to the Northern Irish Portolster during a grace period, allowing British suppliers to avoid customs and phytosanitary certificates. In March, the British government unilaterally extended this regime for animal productsof origin and may do so again this month (the grace period governing trade in the region expires on June 30). The British authorities were forced to change the terms of the agreement under pressure from business, whose representatives warned of possible supply disruptions due to the need to fill out customs declarations and undergo additional inspections.

In March, the European Commission, in response to this move, launched a legal procedure against the UK for violating the Brexit agreement. As Reuters wrote, the beginning of the legal procedure means that the EU authorities have appealed to the Supreme Court of the European Union. In theory, this may result in a fine, but in practice, the process may take a year, which will give time to find a solution that will satisfy both parties, the agency noted.

Disputes between London and Brussels over the protocol escalated at the end of May. The reason was the grace period ending on June 30, which exempts suppliers of chilled meat from processing a number of phytosanitary documents. London, fearing a shortage of meat products in Northern Irish supermarkets, is ready to extend the preferential regime again, while Brussels calls for compliance with the provisions of the protocol.