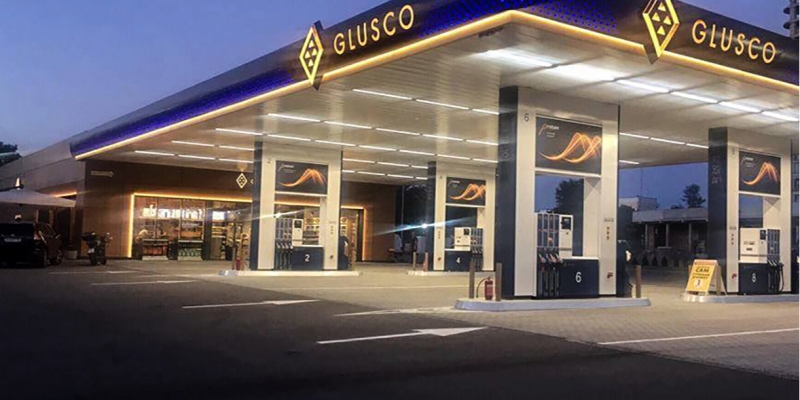 The Glusco gas station network has been transferred to the state, it will be managed by the state company Naftogaz of Ukraine. Ukrainian media linked Glusco with Viktor Medvedchuk

The Government of Ukraine has decided to transfer 172 gas stations of Glusco to the management of the state-owned company Naftogaz of Ukraine, according to a statement on the website of the Ukrainian Cabinet of Ministers.

This company was associated by the Ukrainian media with a former deputy of the Verkhovna Rada and the leader of the Opposition Platform For Life (OPZH) Viktor Medvedchuk, who is now in custody in Ukraine on suspicion of treason.

“We have a court decision providing for the transfer of the relevant property to the state. We are fulfilling it. The position here is clear: the assets of Russia and related companies in Ukraine should go to our state and work for the benefit of our country and all Ukrainians,” the words of the country’s Prime Minister Denis Shmigal are quoted in the message.

The government statement does not say anything about the connection of the gas station network and Glusco with Medvedchuk.

The Office of the Prosecutor General of Ukraine reported on May 13 that as part of the investigation of the criminal case, the court arrested a total of more than 234 Glusco facilities in several regions of the country: 145 gas stations, eight oil depots, 38 warehouses and other premises, nine land plots.

Read on RBC Pro Pro SMS is no longer affordable: how sanctions have changed mobile mailing lists in Russia Pro articles When ideas don’t come to mind: seven tactics for revealing the creativity of the Pro team Instructions “Already abroad, but I can recommend a friend”: how to contain the outflow in IT Instructions Pro Ten ways that will help the manager avoidBurnout Instructions Pro How an accountant created India’s largest bank for the poor at the cost of $6 billion Articles Pro EU wants to disconnect “Beac” from SWIFT. What it means for the bank and its shares Forecasts Pro The dark side of the state defense order: what to consider in order not to go to jail Instructions Pro How to find a job for a top manager right now: four tips Instructions

In the message, Glusco is referred to as “associated with the People’s Deputy of Ukraine of the II–IV and IX convocations”. “It is established that the ultimate owners of these companies are residents of the Russian Federation. In order to conceal the property from possible special confiscation, they carried out a number of imaginary contracts for the purchase and sale of corporate rights of non-resident founders during 2021-2022, the report says.

The Glusco company was registered in Ukraine in 2016, its website says that it is a “daughter” of the Swiss Greenenergo Trading. Glusco owns a chain of shops and gas stations where motor fuel and gas are sold, as well as oil depots.

The fact that Glusco, which was a subsidiary of another Swiss firm, Proton Energy Group, is associated with Medvedchuk, the publications reported Liga.net and «Ukrainian truth ».

Liga.net It was reported that the official owner of Proton Energy Group is Israeli businessman Nisan Moiseev, he has been working on the Ukrainian market of petroleum products since 2009. The publication published an investigation in which it linked the businessman with Medvedchuk. Medvedchuk Moiseev denied this.

In February 2021, the National Security and Defense Council of Ukraine imposed sanctions against Medvedchuk. In March of that year, the Security Service of Ukraine (SBU) conducted searches at all Glusco facilities on suspicion of illegal distribution of excisable goods and tax evasion. The press service of the SBU reported that the special service exposed a large-scale scheme of “shadow” sale of low-quality petroleum products, in particular in Russia.

In December 2021, the company announced that 100% of its shares were acquired by SNEL Energy, owned by Greek entrepreneur Dimitrios Anifantakis.

Medvedchuk in Ukraine is accused of high treason and violation of the rules of warfare, in May 2021 he was placed under house arrest. The investigation believes that Medvedchuk, being a deputy of the Verkhovna Rada, transmitted information about the location of the “secret military unit of the Armed Forces of Ukraine” to fellow party member Taras Kozak,who was then in Russia. Medvedchuk is also suspected of creating an organization that, according to the Ukrainian authorities, collected data on Ukrainians and recruited them under the guise of employment assistance. Kiev also believes that Medvedchuk was a participant in a conspiracy against Ukraine and wanted to undermine its energy security.

The OPCW is considering criminal cases against Medvedchuk with “reprisals against political opponents” and an attempt by the country’s president Vladimir Zelensky and his entourage to establish an “absolute dictatorship”.

On February 27, Adviser to the Minister of Internal Affairs of Ukraine Anton Gerashchenko reported that Medvedchuk had escaped from house arrest. A few days later, the politician was arrested in absentia by the Lychakiv District Court of Lviv, and on April 12 Zelensky published footage of Medvedchuk in handcuffs, his detention was confirmed by the Security Service of Ukraine.

Zelensky appealed to the Russian authorities with a proposal to exchange Medvedchuk for Ukrainian military prisoners. The detainee himself asked for an exchange. After the detention of the politician, the Kremlin noted that Medvedchuk does not have Russian citizenship and that he has nothing to do with the special operation.

Ukraine has a law on the compulsory confiscation of Russian property, which was signed by President Zelensky on March 10. The property of Russian organizations or organizations associated with Russia is seized without any compensation for its value. According to this law, Glusco gas stations were transferred to the management of the state-owned company.